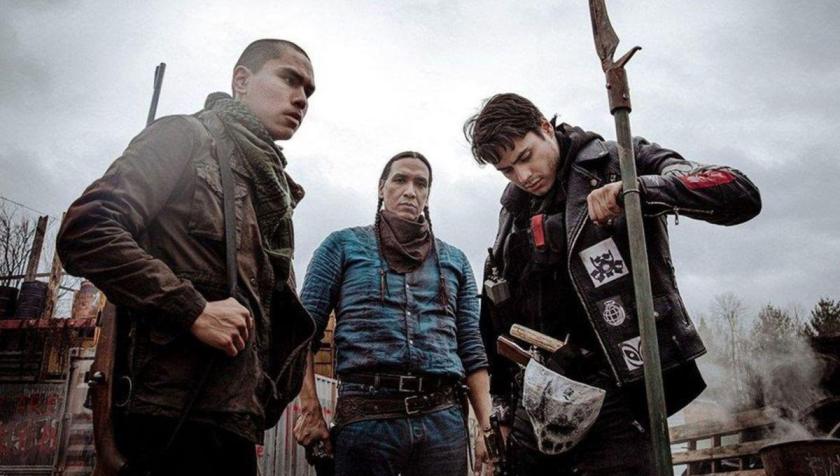 When it comes to stories about the undead, there’s no shortage of bloody zombie action flicks. But you shouldn’t be so quick to dismiss “Blood Quantum,” now streaming exclusively on Shudder, as more of the same. Writer / director Jeff Barnaby gives the genre fans what they crave, but elevates the message behind the horror. His provocative film is loaded with sociopolitical commentary about colonialism, class, xenophobia, and a scathing critique of racism, all under the banner of a kick ass movie about the walking dead.

The dead are coming back to life near the isolated Mi’gMaq reserve of Red Crow, but the Indigenous inhabitants discover they’re immune to the impending zombie plague. The tribal sheriff must protect his son’s pregnant girlfriend, apocalyptic refugees seeking safety, and the residents from the hordes of walking white corpses. It’s a politically charged plot that puts a fresh spin on the genre.

The film has an indigenous cast, which is commendable, but the mediocre acting and stiff performances prove distracting. It should be good enough for horror fans, especially when the splattered brains, gore, guts, and brutal violence command the thrilling fight scenes. The horror effects are solid, and the story moves along at a breezy pace (no time is wasted here, as the film jumps right into the action from the first frame).

The big zombie killin’ finale is gruesome and satisfying, but the emotional last act is what will stick with me for a long, long time. It’s unexpectedly heartbreaking, and ends the story with a deafening silence and sadness. This isn’t your average horror film, and is a must-see for those who enjoy a little brainy (pun intended) commentary with their apocalyptic movies.