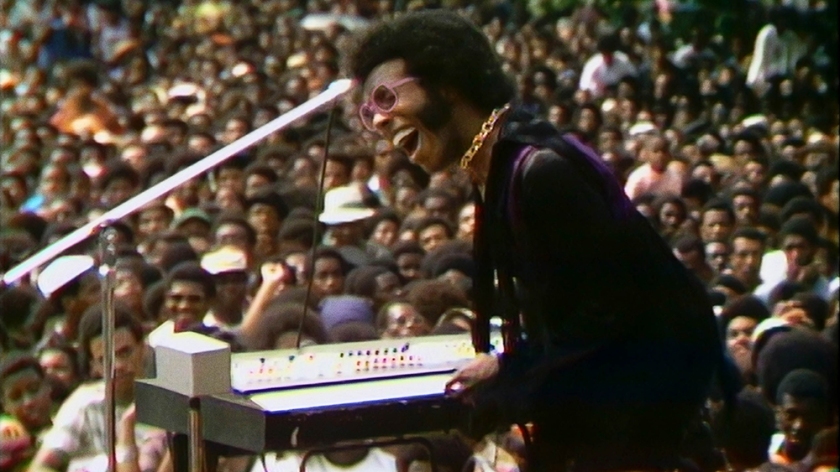 The times, they were a’changin’ in the summer of 1969, with many turning to music as a vehicle to help them express their feelings on important social and political issues. The most famous music festival of all time, Woodstock, has seen its concert footage shown the world over. That same year in New York, over 300,000 people attended the predominantly African-American concert series known as the Harlem Cultural Festival.

The filmed performances of some of the most important artists in black music history sat in a basement for five decades, only to finally be seen in “Summer Of Soul (…Or, When The Revolution Could Not Be Televised),” a documentary by first-time director Ahmir-Khalib “Questlove” Thompson. This concert film is a cultural and historical treasure trove of American music that shines a light on black art and culture in the late Sixties.

For those who are seeking a well-rounded music education, this film is a must-see. The documentary makes extensive use of the never-before-seen footage, often letting the musical performances speak for themselves. Thompson weaves file footage and interviews with festival artists and attendees that share their stories on African-American popular culture. You can tell just how important the Harlem Culture Festival was to everyone involved, and some of the best clips in the film are shots of the faces in the crowds, all of them radiating pure joy.

Clocking in at two hours, the film could stand a little editing. Since he is a musician himself, I understand Thompson’s tendency to include as much of every single performance as possible, but the film suffers because of it and drags on a bit too long. But just as my interest would wane, I’d get drawn back in almost as quickly with an enthralling anecdote from the likes of Jesse Jackson or Marilyn McCoo, or a moving performance from talents like Mavis Staples and Mahalia Jackson.

“Summer Of Soul (…Or, When The Revolution Could Not Be Televised),” is a stunning historical record that captures a moment in time when the stories of black America weren’t always told, and it lifts up their voices in the process.