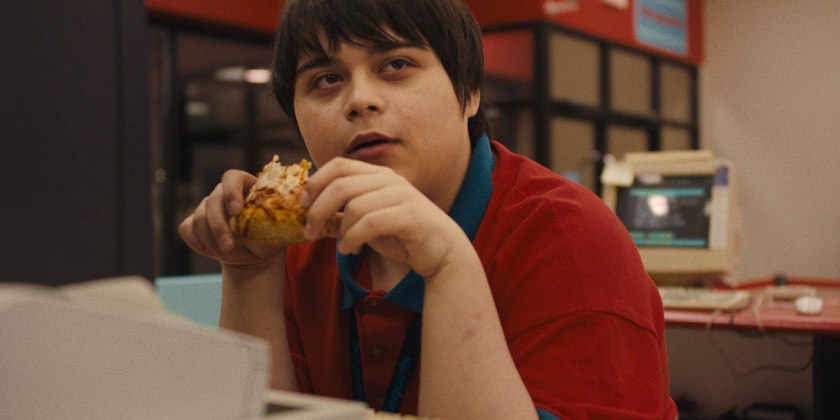 Anyone who ever worked in a video store or loves films can relate to the antihero of “I Like Movies,” writer / director Chandler Levack‘s small scale story of an irascible high school senior in the 2000s named Lawrence (Isaiah Lehtinen) who dreams of becoming a filmmaker. Thanks to some heavy themes about trauma and mental health, the film is a surprising, original, and insightful feature debut.

Lawrence is a self-centered grump who complains about everything. He’s too good for his hometown, his friends, and just about every thing, person, and place on the planet. There’s one exception: NYU’s prestigious film school. It’s a dream Lawrence has, and he gets a job at a local video store so he can hopefully earn thousands of dollars within a few weeks to pay for tuition to a university that would never reject his application.

The cinephile lacks social skills, yet he finds his people among the stacks of rental DVDs and forms a complicated relationship with his older female manager, Alana (Romina D’Ugo). In the process, Lawrence mistreats his best (and only) friend Matt (Percy Hynes White) and damages what was left of his unsteady relationship with his struggling single mother (Krista Bridges). He also gets a hefty dose of reality.

There’s a lot to unpack in this film, which doesn’t end up the way you’d expect. There are some major shifts in tone as Levack addresses tough issues that lie underneath Lawrence’s persona, including the emotional trauma that is masked by his massive ego. The teen has difficulty finding and keeping friends because he always acts like he’s better than everyone else, but he’s also a troubled young man who craves human connection. These contradictions are part of growing up, and the film tells that story in a fresh and different way.

Levack somehow makes this little jerk sympathetic, but let’s be honest: Lawrence behaves like a typical adolescent. The character reminds me of myself at his age, and Levack’s writing seems oddly specific to those of us who grew up obsessed with movies. He may be an unlikable protagonist, yet I found myself rooting for Lawrence as he navigates a perilous journey. He also gets a big, hefty dose of reality with a nice serving of comeuppance, but you still want him to be capable of change.

“I Like Movies” stumbles a bit towards the finish line and can feel a bit disjointed at times, but the ending is hopeful and sincere. This is a touching, well-made and well-acted film with memorable characters and a beautiful sentiment.