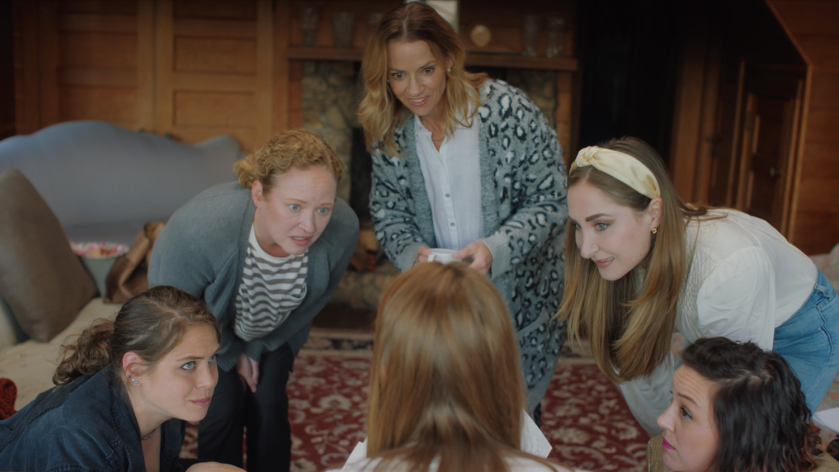 “Soft & Quiet” is a nauseating, revolting film. It is intensely unpleasant to watch, but don’t feed me a line and tell me “well, that’s the point.” No. I don’t accept that. This project feels like it’s controversial solely for the sake of being so, and those are the worst kinds of films.

The film plays out in real time, following one afternoon in teacher Emily’s (Stefanie Estes) life. As the leader of a new club of “like-minded women,” Emily gathers several of her peers for her Daughters for Aryan Unity meeting. It’s a racist organization, and it’s disgusting to hear the group of all-white women openly using racial slurs and complaining about “reverse racism.” Eventually, the meeting changes locations and the members stop at a store along the way. An altercation breaks out, and what follows is a minute-by-minute recount of a violent hate crime.

Director Beth de Araújo incorporates some shocking imagery that’s designed to be confrontational, like a lingering shot of the meeting’s refreshment table and what I can only describe as a “hateful” cherry pie. It’s one of many disturbing scenes, all of which are designed to push buttons. The characters are despicable human beings with zero redeeming qualities. Of course they have to be this horrid for the story to work, but it’s all so appalling.

I’m certain it was not the filmmaker’s intention to make a film that seems like it belongs in a white nationalist film festival, but everything about “Soft & Quiet” is grossly distasteful. Instead of finding success as satire, it plays like a hate-filled tirade: and that’s a huge issue. The film is so repulsive that any intelligent societal critiques that were to be made are overshadowed by the vile dialogue and subject matter.