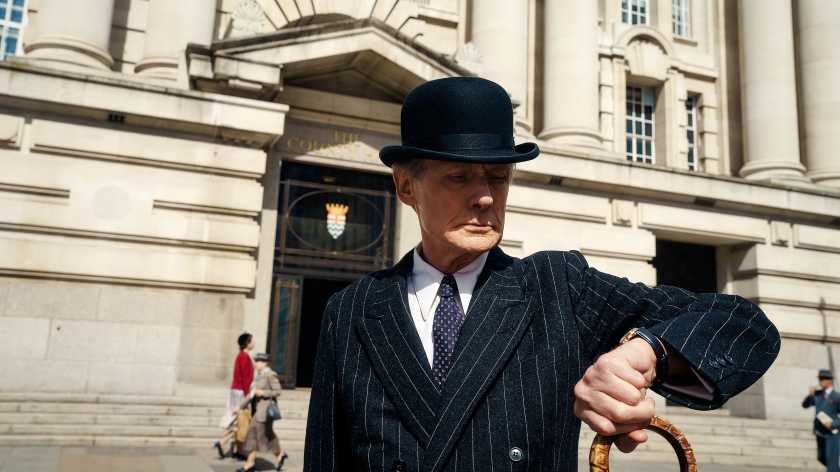 Director Oliver Hermanus reimagines Akira Kurosawa’s 1952 classic “Ikiru” with “Living,” based on author Kazuo Ishiguro’s prize-winning work. Here, the setting is postwar-WWII London in the 1950s, where the rigid widower Mr. Williams (Bill Nighy) leads a boring life at a government job, simply going through the motions. When he’s diagnosed with a fatal illness, the man decides that he wants to live a little: but he doesn’t know how.

Mr. Williams hides his condition from his grown son and begins his walk on the “wild” side, all while actively avoiding going back to his office. First he spends an uninhibited night in Brighton in the company of a bohemian writer, then he strikes up a friendship with a former co-worker, a young woman named Margaret (Aimee Lou Wood). Margaret inspires Mr. Williams to find meaning in his life, giving him a new appreciation for making the most of his final days on Earth.

It’s a simple story about discovering joy in living, and Hermanus’ film has a sometimes uncomfortably structured, uptight feeling. It’s handsome to look at, but the pacing is painfully leisurely. It’s a terrific rainy day nap movie, restrained and brimming with melancholy. This is the type of film that caters to the independent film crowd that skews older.

The touching and sincere lead performance from Nighy is one of his best, as he embodies a man facing the end of his life. He’s the main reason to see this film, and he brings a beautifully subtle grace to the lead role. This is all-around terrific work from Nighy.

There isn’t much to criticize about “Living,” except that the storytelling is extremely slow. It takes a long time to get to the point, but the resulting uplifting- yet-sad mix of emotions is worth the wait.