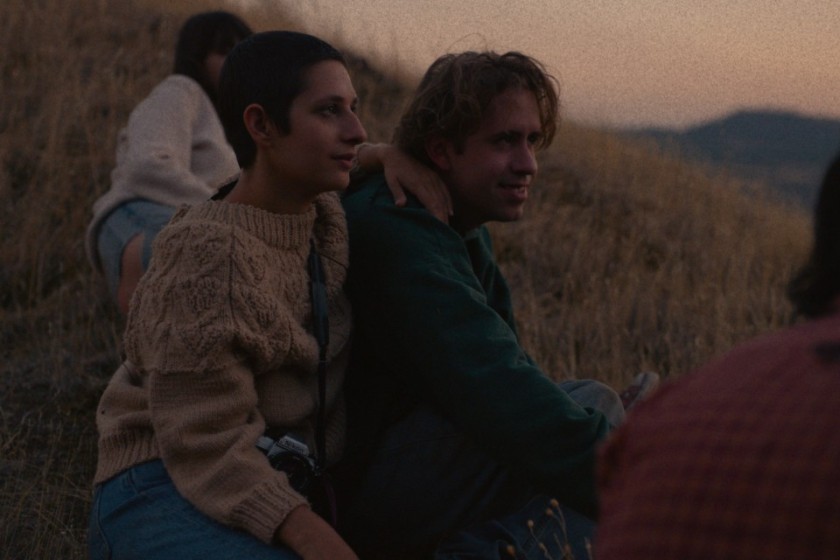 That feeling of aimlessness that hits most of us at some point during our lives is expressed in the most beautiful, understated way in “Samantha Rose,” a modest indie drama from director (and co-writer) Andrew Morgan. This low budget feature is comprised of a cast of all first-time actors, and radiates a sort of homey, well-worn feeling that makes it an easy film to settle into.

Samantha (Sam Rose) is a lost soul. Working a dead end job and dealing with the reality and fear of growing up, Samantha returns to her hometown in rural Oregon where she reunites with a childhood friend Taylor (Johnny Dawson) and his ragtag commune of misfits (Matthew Danger Lippman, Allison Berman, Vilém McKael, and Natalia Ruiz-Heinsohn). These young men and women define their own version of family, living together in the woods of the Pacific Northwest, making music by the campfire, jumping off cliffs for an evening swim, and earning a paltry seasonal income by working the fall harvest at the surrounding vineyards. By spending time in the trenches with this free and fearless group, Samantha starts down a path of self-discovery and healing, as her insecurities and self doubt begin to melt away.

With a cast of unknowns, the performances are mediocre — but the heart is there, tenfold. It’s always gratifying to see more representation in cinema too, as Rose identifies as a non-binary actor. This isn’t award-worthy acting by any means, but the unpolished nature of the performances is perfect for the sentiment being expressed.

Morgan’s direction has a nostalgic 1970s visual vibe that fits the subject matter well. The filmmaking overall is a little too unpolished, but it all adds to the film’s disheveled charm. The pacing suffers from numerous mumblecore elements, as well as the overuse of music montages. The original songs are good, but they didn’t need to be featured so excessively (to the point they feel like nothing more than filler).

Little movies like this are all about the stories they tell, not technical prowess or acting skill. There are some moments of high quality experiential writing that lend a thoughtful and compelling insight as to what it feels like to live in wayward limbo, and that’s where the real beauty of “Samantha Rose” lies.