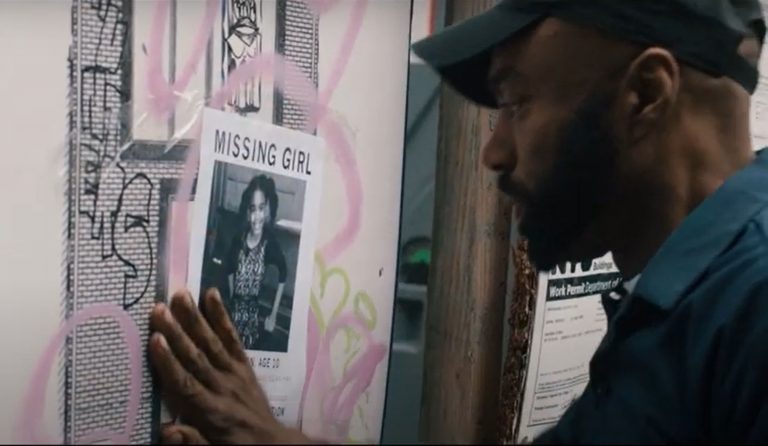 Fans of police procedurals will be mildly satisfied by “Still Here,” a solid (if not particularly well made), by-the-book drama that meets most expectations (but never exceeds them). Set in New York City, the film tells the story of the heartbreak and despair an African-American family suffers after their little girl goes missing. With no help from the police, dad Michael (Maurice McRae) reluctantly accepts the assistance of an investigative reporter (Johnny Whitworth) to crack the case.

There are a couple of things that make the movie stand out, both in a positive and negative way. First, it’s commendable the amount of social commentary that’s contained in the script. The story is mostly told from the point of view of a grieving father and from the black community at large. It’s clear that the cops have zero interest in helping solve a potential kidnapping in a poorer community. The police don’t care and the residents won’t help answer questions about the kid’s disappearance because they don’t want to be perceived as a “snitch.” It seems accurate when it comes to race relations and the law, and it’s a sobering look at how many Americans have nowhere to turn when they need help the most.

On the not so good side is director Vlad Feier‘s insistence on the heavy use of religious imagery. He pads the film with scene after scene of religious prayer, to the point that it becomes a distraction. I would’ve sworn this was a faith-based movie if it didn’t have so much cussing, a pro-civil rights message, and wasn’t so critical of the boys in blue.

The cast is good enough for a lower tier crime film, and McRae makes his character instantly sympathetic. The worst performance of the film (and quite possibly of the year) comes from Jeremy Holm as a bad cop. His cheesy dialogue doesn’t help, but Holm chews up the lines and spits them out like an over-the-top cartoon villain vying for his first Razzie award.

“Still Here” isn’t stellar filmmaking, but it’s a decent enough story and never tries to sell itself as more than a run-of-the-mill crime drama.