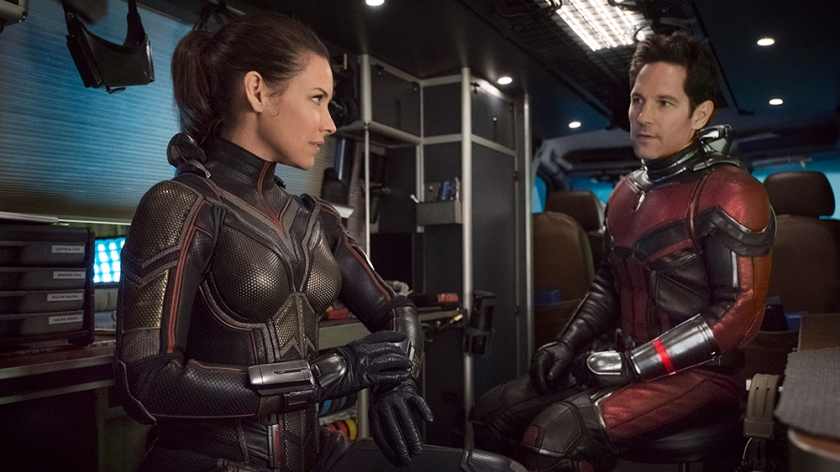 “Ant-Man and the Wasp” is a really weird Marvel movie.

Like its pint-sized superhero, the film doesn’t quite fit in with the typical MCU big screen canon and is a laid back yet thoroughly forgettable entry into the fatigued superhero genre. The story doesn’t try to tie too much together (save for a mid-credits scene), there’s not an over-dependence on rambunctious CGI effects, and the attempts at humor feel oddly forced (I’d estimate only 30% of the jokes land successfully). Despite the lame title characters and the ever-likeable Paul Rudd‘s offhand charisma, this film gives the impression that it’s an average C student trying desperately to overcome underdog status and achieve a place on the honor roll.

The best part of the film besides Rudd (he makes this one, just like every movie he’s cast in, impossible not to enjoy at least a little), are the special effects. Sure, they’re all computer generated, but they’re some of the most creative since 2016’s “Doctor Strange.” The worst part of the film is its contrived humor. It’s stiff, often cringe-worthy, and sticks out like a sore thumb as it grows increasingly desperate. The film’s multiple writers couldn’t have helped things, and the barrage of thoughtless, lazy jokes quickly wore me down.

Also lacking is suspense and a viable antagonist. There’s the oddly disturbing Ghost (Hannah John-Kamen), a woman who is living in unbearable pain and appears to be a formidable foe for Ant-Man (Rudd), The Wasp (Evangeline Lilly), and Hank Pym (Michael Douglas). But then she suddenly finds her heart and the evil disappears. The same goes for Dr. Foster (Laurence Fishburne), a professor who also has a near immediate change of heart. The thin rescue mission premise of extracting Hank’s wife Janet (Michelle Pfeiffer) from the Quantum Realm after being trapped there for the last 30 years also means there’s not too much else to root for.

The quantum rules change on a whim to fit the action sequences, with a sometimes shrinking and sometimes growing super suit. And cars. And buildings. The exposition dialogue is long-winded and repetitive, and the ill-advised “comic” relief from Michael Peña is not snarky enough to feel fresh or new (see “Thor: Ragnarok“).

This is a shallow, pointless film that becomes an exhausting bore.