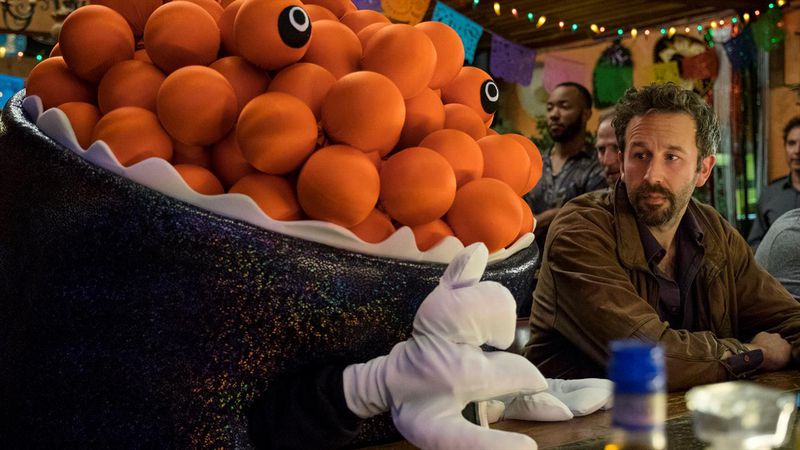 “Mascots” sounds like a slam-dunk idea for a Netflix original film. An exploration of the fictional, competitive world of sports team mascots from the master of satire, writer / director Christopher Guest? Yes, please. Unfortunately, this surprisingly unfunny effort from Guest is nothing more than one colossal disappointment.

The film tries to force quirky situations and lackluster humor on its talented roster of actors (including Guest alums Parker Posey, Jane Lynch, and John Michael Higgins, and the usually amusing Sarah Baker, Zach Woods, and Chris O’Dowd), and awkwardly struggles to squeeze laughs out of increasingly unfunny situations. I stuck with it, hoping that the movie would eventually find its groove and start to make me laugh. The laughs never came.

This is a dull retread of the most uninspired jokes you’ve ever seen. There’s no spark, no originality, and a complete waste of a strong premise. As with most of Guests’ films (“A Mighty Wind,” “Best In Show“), this mockumentary is mostly improvised — and it shows. The dialogue is strained and feels inauthentic, and the actors look as if they are uncomfortable (a first for a Guest movie).

The best part of the film is the actual mascot competition for the Golden Fluffy award, where it’s obvious that professional dancers don the mascot costumes and deliver wildly ridiculous routines. It’s fun for a while, but then quickly becomes stale and monotonous.

This is a strained mockumentary that isn’t worth your time.