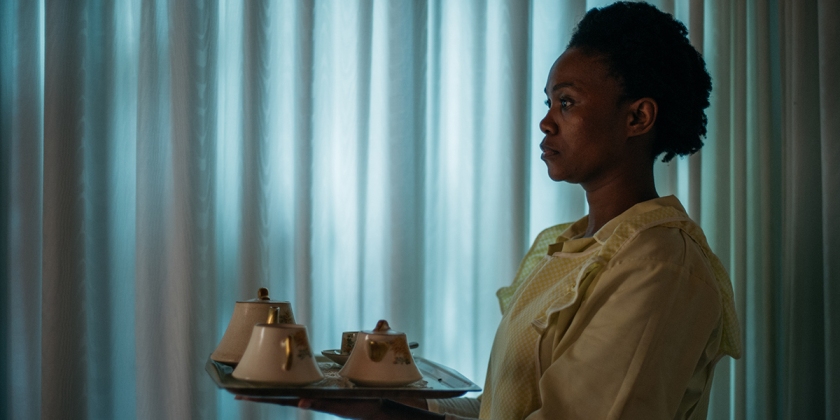 Billed as a “horror satire” from director Jenna Cato Bass, “Mlungu Wam (Good Madam)” tells the story of young single mom Tsidi (Chumisa Cosa) who is struggling to reconcile with her estranged mother, Mavis (Nosipho Mtebe), a live-in housekeeper that takes care of a mysterious, elderly white woman she refers to only as “Madam.” When Tsidi and her daughter move into the sprawling home, that’s when the visions start. What begins as a series of creepy occurrences graduates to full-blown terrifying supernatural episodes in a matter of days.

This isn’t a traditional genre film at all, but more of a mild psychological thriller. Set in South Africa, the film addresses the country’s past and present racism as it relates to the apartheid era. It’s an allegorical horror film that makes a political statement about race, class, and domestic servitude. It’s a no-brainer to compare this film to “Get Out,” and there are even multiple homages to Jordan Peele’s groundbreaking 2017 work.

The suspense isn’t as intense as it could be, and it seems at times that Bass is trying too hard to force her thematic agenda. The idea behind the film deserves respect and the memorable finale drives the point home, but the build-up is confusing and not well executed.

“Mlungu Wam” may not fully reach the potential of its premise, but the film’s effort to explore South Africa’s dark history in a new and different way is commendable.

This film was screened for review at the 2021 Toronto International Film Festival.