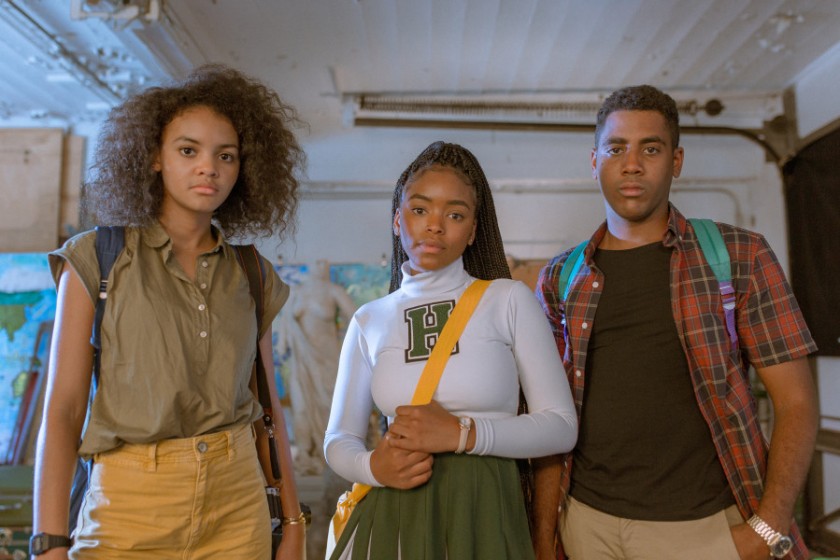 “Selah and the Spades” is a multisensory mess that nevertheless shows extraordinary promise from writer / director Tayarisha Poe. The carefully constructed (and overly workshopped) film ultimately falls into every one of the traps that seem to be set for first-time feature debuts, including indie circuit clichés like characters staring into camera, overly artsy interludes (shaky cam, overexposed lighting, spoken word poetry), and music used in the most ironic fashion. That’s what makes it so frustrating to watch, even if the positives sometimes outweigh the negatives.

The film is set in an elite Pennsylvania boarding school where the student body is run by five factions. Seventeen year old senior Selah (Lovie Simone) runs the dominate group called the Spades, who cater to many vices including illegal pills and alcohol. When tensions between the factions escalate to the tipping point, a new student named Paloma arrives (Celeste O’Connor) and Selah sets out to make the girl her new protégée. Paloma takes to ruling the school quickly, causing Selah to wrestle with her fears of losing control of both her power and herself.

Poe displays a deep understanding of modern-day teenage politics and the nasty world of cliques, and her character study is interesting enough without all the extra flair. Her lead character is compelling, and is an effective mouthpiece for a generation of young women that demand to be heard. The young cast is talented and appealing too, which makes it a pity that they’re trapped in a story that feels more like a filmmaking 101 checklist that’s strung together rather than a final product of a cohesive vision. It’s too stylish and too artsy for its own good.

Still, the main message of the intoxication of teenage power and the fear of losing it all is received loud and clear through Poe’s talents as a filmmaker. “Selah and the Spades” may stumble from excess, but this work shows a considerable amount of promise from an exciting new female voice in cinema.