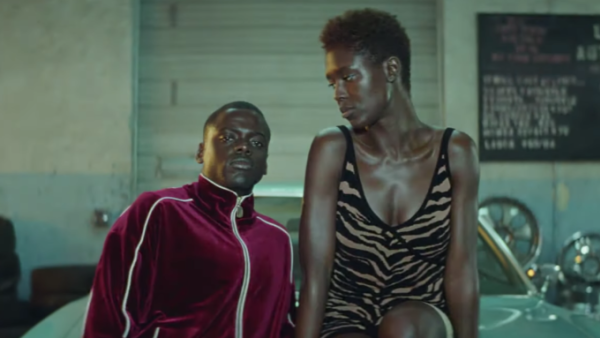 The Screen Zealots would like to welcome Jay Tan as a guest critic.

“Queen & Slim,” the feature-length directorial debut from Melina Matsoukas, written by Lena Waithe (“Bones” “The Chi”), is unabashed in wanting to stand among the great anti-establishment, run-from-the-cops antihero movies that paved the way. The parallels to films like “Butch Cassidy & the Sundance Kid,” “Sweet Sweetback’s Baadasssss Song,” “The Harder They Come,” and “Thelma & Louise” are clear. Ironically, it’s the test of time that bestows that kind of “cult classic” status upon a film. Whether “Queen & Slim” earns its way into that cinematic club remains to be seen, but it does have all the makings.

The film itself wastes no time taking the premise depicted in the trailer and getting on the road, both literally and proverbially. An innocent, low-key first date goes horribly awry when “Slim” (Daniel Kuluuya, “Get Out”) and “Queen” (Jodie Turner-Smith, “The Last Ship”) are dubiously pulled over and harshly interrogated by a bullying, racist police officer (Sturgill Simpson). The confrontation results in the officer’s unintentional death, a self-defense killing after the officer fires on Queen. With police blood on the hands of two young black adults, the story is set in irreversible motion.

The real story is not simply two people on the run from the law, but how those two all-but-strangers change and grow along the way. It’s a simmering relationship thrown into the worst possible circumstances, as they cope with the immediate legal stakes in addition to the harsh reality of how their lives have changed so radically and permanently.

Along the way, however, the two grow closer. The police dashcam footage is released and goes viral, and the people they interact with along the way serve as the commonality of their dire situation. Interestingly enough, each of these interactions represents a different perspective on their situation. Among them are conscious allies that empathize with their plight, opportunists motivated by the bounty reward, a younger generation that misreads the incident as an intentional counterstrike against authority, the innocents that they must exploit to stay on the run, and those who are resigned to the rules of the system, suggesting that they turn themselves in. Each of these scenes are fresh, tense, carry their own identity, and propel the main characters’ evolution.

The directorial and writing choices here are deliberate, if anything. And that’s important, given the complexities of the characters’ journey. We don’t actually learn our lead characters’ names until the end, and they’re never referred to as “Queen” or “Slim” except in the end credits. This places the viewer right in the middle of these characters’ story, and further enhances their antihero infamy when they are finally identified by name.

Moreover, Matsoukas strives to take the right and wrong of the shooting itself out of the equation, knowing that some audiences won’t get past that inciting incident. The viral dashcam footage includes the officer firing on Queen. It’s an illogical move, given that it’s the police department that releases the footage and one of their own is clearly in the wrong, but this directorial decision forces all viewers (both audience and characters in the film) to begin this journey from the same starting position.

“Queen & Slim” is as much about watching this duo evolve together under extreme circumstances as anything else, and the range of emotions that Kaluuya and Turner-Smith take the audience through is thick and juicy. There are moments of discord, infighting, and anger, as well as tenderness, mutual reliance, and true appreciation. The irony of this film is thick and perhaps inherently unavoidable. Because the characters clearly don’t want the infamy that fate placed on them that night. But this film’s success, in our real world, is in part based on them being exactly the modern-day antiheroes that they don’t want to be.