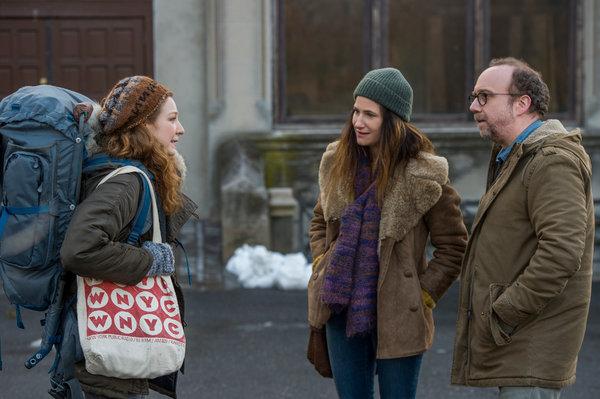 The main problem with “Private Life” is that the story feels too personal. The film, from writer and director Tamara Jenkins, will likely be unrelatable to anyone who hasn’t experienced the pains of infertility. When you get right down to it, it feels like a film made specifically for privileged white people. The story is far from universal, and the characters will fail to elicit much sympathy from those who haven’t experienced similar issues.

Richard (Paul Giamatti) and Rachel (Kathryn Hahn) are forty-somethings who are struggling to keep their marriage afloat as they spend major time and money battling their infertility problems. After years of treatment, the two give up and decide to pursue the idea of in-vitro fertilization by way of a surrogate. Just as things start to hit rock bottom, their college dropout niece Sadie (Kayli Carter) moves in and things take a dramatic turn.

Hahn and Giamatti are both fantastic here, giving sophisticated, sometimes devastating turns as a couple so desperate to become parents that they devote their lives to the idea. Carter also as a bright future in indie film after this knockout performance. The film’s strengths come from the actors as well as Jenkins’s script, which features some of the most realistic, mature, and well-written dialogue of the year.

I’m sure nearly everything about this film is honest and raw, especially from the point of view of infertile adults trying to conceive, but its too-specific focus makes it forgettable. I appreciate the feminist ideas that are touched upon, from the reality of choosing a career over kids and wanting to make your own genetic contribution to your child, but this movie will likely only deeply resonate with those who have suffered comparable situations in their own lives.

Although I didn’t emotionally connect with it at all, this is one worth watching.