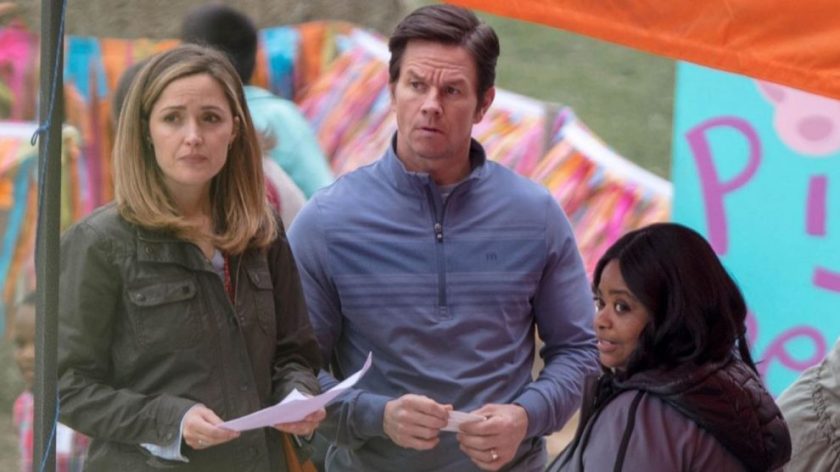 Charming and harmless, “Instant Family” is a crowd-pleasing, heartwarming film that fills the release slate during the holiday season. It’s ultimately forgettable and isn’t particularly well made nor well acted, but its heart is in the right place.

Inspired by real events from the life of writer / director Sean Anders, the dramedy is about Pete (Mark Wahlberg) and Ellie (Rose Byrne), a couple who decide to start a family after they stumble into the world of foster care and adoption. At first they hope to take in one young child but when they meet rebellious 15 year old Lizzy (Isabela Moner) and her two siblings (Gustavo Quiroz and Julianna Gamiz), they go from zero to three kids overnight.

The film continues in the exact way you expect: Pete and Ellie make “hilarious” mistakes as they learn the ropes of parenting. There’s the daily temper tantrum from the youngest at every meal, the doofus kid who is accident prone, and the teenager who pushes the limits. It’s standard family comedy fare with the added twist that these are adopted children. Most of the humor is specifically relatable to those with kids, but there are still some good gags here that are interspersed with sincere monologues from foster counselors Tig Notaro and Octavia Spencer and irritating reaction shots of nodding head approvals.

Anders’ autobiographical passion project gives them film a deeply intimate feel, and it’s inspiring in its sincerity. The unpleasant side of adoption isn’t shied away from, but the positives always outweigh the negatives in a way that I can see the film moving some to try fostering and even adoption. There’s a positive message and admirable ambition at the heart of the film, and it’s hard to criticize that.