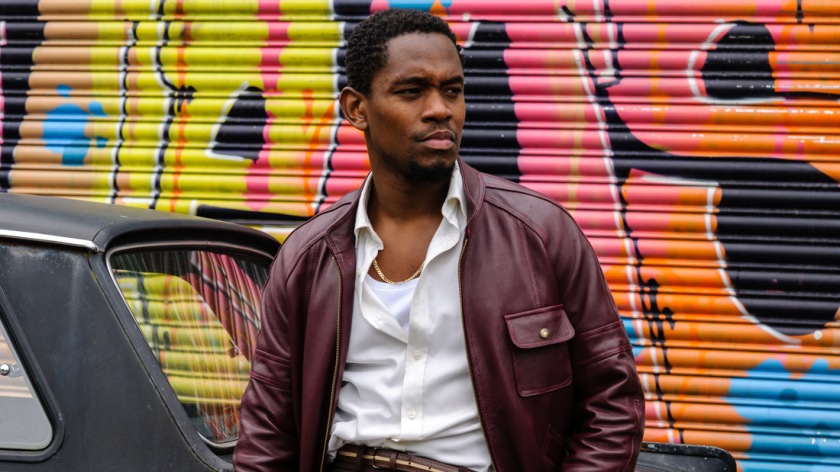 “Yardie” is further proof that you can’t simply shove a camera in a respected actor’s hand and call them a director. This messy, disjointed film marks the directorial debut of Idris Elba and it gives me little pleasure to state that he should stick to working in front of the camera instead of behind it.

Adapted from Victor Headley’s 1992 coming of age cult novel about Denis (Aml Ameen), a drug runner in Jamaica in the early 1970s who eventually winds up on the dangerous streets of 1980s East London (and on the wrong side of some ruthless gangsters), the tumultuous spirit of the era is lost in Elba’s lack of a clear, cohesive style and vision. This draggy disappointment is exacerbated by Elba’s insistence on abrupt and jumpy camerawork and unrefined directorial choices that make no sense when paired with the material. Get ready for a clutter of jarring camera angles of every cliché in the book (the shakiness of a hand held scene, sweeping aerial shots, and the worst of the worst, including POVs looking down the barrel of a gun, a grieving father dropping to his knees and shouting “nooo!!!” to the sky, and the close-up of a man shedding a single tear).

Not helping matters is the fact that this is an uninteresting story with equally uninteresting characters. The acting is overly dramatic in a distracting way that takes the viewer out of the gritty atmosphere. I had zero connection with any of the characters, and that’s a real problem in a film like this. The dialogue is far from stellar but you wouldn’t know it because, as with some Guy Ritchie films that came before, the heavy accents are at times so difficult to understand that this film could greatly benefit from subtitles.

Simply put, “Yardie” is a real chore to sit through. Even if you manage to suffer through the cheesy musical cues and sound effects when Denis is visited by his brother’s ghost and the drawn out, pointless time filler party scenes, you’re further insulted by a tacked-on epilogue ending. I found very little to like about this film.