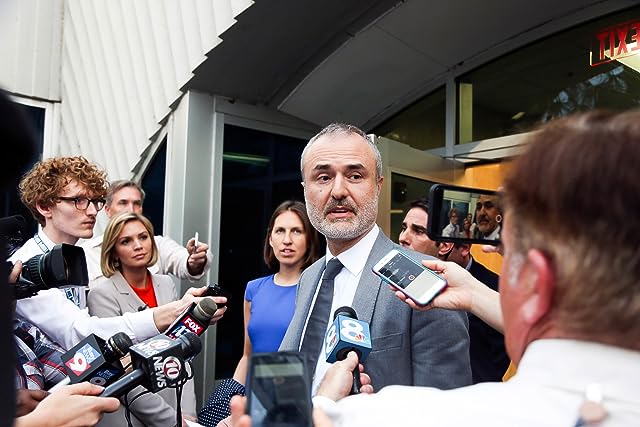 When the online tabloid blog Gawker made the decision to post a sex tape featuring wrestler Hulk Hogan, a multi-million dollar lawsuit brought privacy rights in respect to the First Amendment into the spotlight. In the timely documentary “Nobody Speak: Hulk Hogan, Gawker and Trials of a Free Press,” director Brian Knappenberger investigates the freedom of the press and the danger it faces by coexisting with wealthy financiers who bankrolled the Gawker lawsuit as well as political interference from our new President.

The film tells three different stories of shocking information stifling through a series of first person interviews. First is the Hogan story, an exploration of the Gawker lawsuit and the record-breaking $140 million judgment that bankrupted the online media company. Up next is an examination of Silicon Valley venture capitalist Peter Thiel, the man who admitted to secretly bankrolling the lawsuit against Gawker. The third story is also the most compelling: Knapenberger gives us a look inside the Las Vegas Review-Journal and the purchase of that newspaper by right-wing billionaire Sheldon Adelson. This story resonated with me not only because I am from Las Vegas, but it featured a captivating story about gutsy reporters essentially standing up (and fighting) for the freedom of the press when they felt as though their ability to report the truth was being squashed. I wish the entire film had been based on their story. Instead, a good chunk of the film is devoted instead to demonizing Thiel (not that he doesn’t deserve it). While all the stories are well tied together by the ending, this is where the film begins to drag and fall apart a bit.

This is your basic talking head style documentary but it never lacks authority — the film features very credible, well spoken subjects that range from First Amendment judges and political commentators to reporters and columnists. Parts of the film sent a chill down my spine, especially when the Gawker story begins to unfold like a Trump lawsuit playbook; a litigious blueprint where individual reporters are getting sued simply because they do not have the financial means to fight back on their own.

The stories of how the wealthy and powerful are shaping American journalism to fit their needs is more than a little disturbing. Objectivity and freedom of the press is one of the foundations on which our country was based, and its ability to be controlled by those with deep pockets and influential authority is flat out alarming. This film most likely started out as a cautionary tale that suddenly has become very real as our country elected a President who openly and brazenly berates the press for reporting facts. It’s a scary time for journalism indeed, but it’s important to remember that a great subject doesn’t necessarily make a great documentary. Luckily this is a well written, well constructed, and well made film.

“Nobody Speak” ends with a call to action — of sorts. We know it’s up to reporters to dig deeper to expose the truth in our new reality, a society of “alternative facts.” We know it’s up to us as citizens to pay attention. But disappointingly, the film doesn’t give us any clear advice on what we can actually do to ensure the press isn’t met with more roadblocks to their freedom.

This film was screened and reviewed at the 2017 Sundance Film Festival.