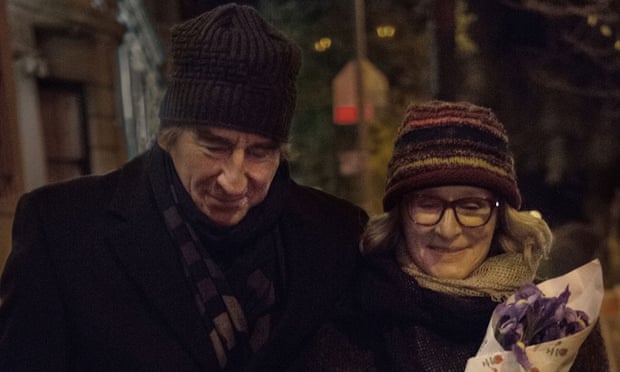 “Anesthesia” is another ensemble film of intersecting storylines that strains just a little too hard to connect all of the tales together. It’s obvious that writer / director / actor Tim Blake Nelson has a strong personal attachment to the material and a grand vision paired with noble intentions, but none of this is fully realized in this “Crash” and “Babel” rip-off. The film plays like a thesis project on the meaning of life.

Set in modern day New York City, this pompous, self-important film focuses on six core stories that intersect over the mugging of Columbia University professor Walter (Sam Waterston). Walter’s wife Marcia (Glenn Close) and son Adam (Nelson) are at the top of the character pyramid, with secondary stories about drug addiction and homelessness (Rob Morgan, K. Todd Freeman and Michael Kenneth Williams), a cancer scare for Adam’s family (Jessica Hecht, Hannah Marks, and Ben Konigsberg) and a marriage in crisis (Gretchen Mol and Corey Stoll). There’s some compelling stuff here but in the end, the film strains a little too hard to connect all of the stories together, and Nelson’s lofty goals ultimately fall short.

There’s a lot of overly complicated smarty pants dialogue that will surely lose most average viewers while simultaneously managing to alienate the more thoughtful ones. It’s this condescending faux profoundness that’s such a turn-off. This film is nowhere near as clever, smart or intelligent as it thinks it is or aspires to be.

While Nelson might not quite be a master of screenwriting, an area where he truly excels is directing his actors. In something that you rarely see in ensemble films, the performances are strong throughout. The depth and sincerity of the actors are exceptionally effective, from the smallest background extras to the leads. The standout performance shouldn’t be a surprise to anyone: it’s the grossly underappreciated Kristen Stewart in a small role as a self-destructive student who just longs to feel something in her life.

“Anesthesia” is self indulgent, contrived, and at times a bit too messily overblown, but at least it’s provocative and interesting. Worth watching for the award-worthy performances from the entire cast, especially Stewart and Waterston.