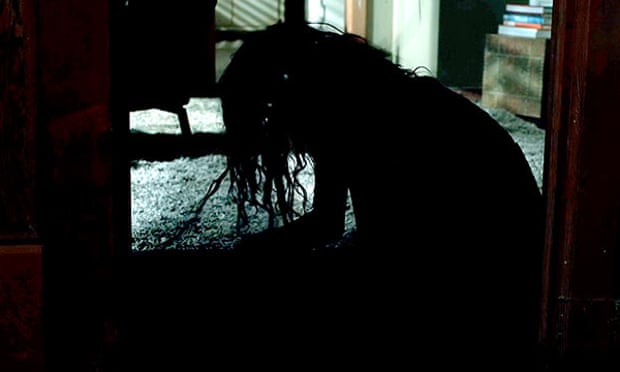 I made fun of “Lights Out” after seeing the trailer because — at least according to the way they were marketing it — they might as well have called it “Jump Scare: The Movie.” Because that’s all it looks to be, based on the marketing campaign.

Here is yet another example of a film almost ruined by the trailer. In the case of “Lights Out”, that was true in not just one but two different ways. First, it really WAS nothing but a series of jump scares (of course accompanied by the jarring soundtrack), one after the other. Second, they semi-spoiled a lot of the really cool stuff. And there really is quite a bit of cool stuff happening in this movie.

Having gotten its start as a short film, the monster in “Lights Out” is pretty original: Diana is a tortured soul that has extreme sensitivity to light and can only thrive (and be seen) in semi-darkness. They make good use of this motif throughout with a variety of creative uses of light and darkness that amp up the creep factor. Unlike the folks that marketed the film, I won’t spoil it for you. It’s not a by-the-numbers creature feature that wrote itself; there’s actually some creativity that went into making this picture.

The actors range from pretty decent (Maria Bello, Teresa Palmer and Alexander DiPersia) to not half bad (Billy Burke) to borderline over-the-top (Gabriel Bateman). The script is pretty good, too, with the characters interacting with one another in believable ways in a variety of situations that are mostly plausible. I was pleasantly surprised.

While standing alone, this is strictly a three-star movie, the pic gets bonus points for creativity with a unique concept.