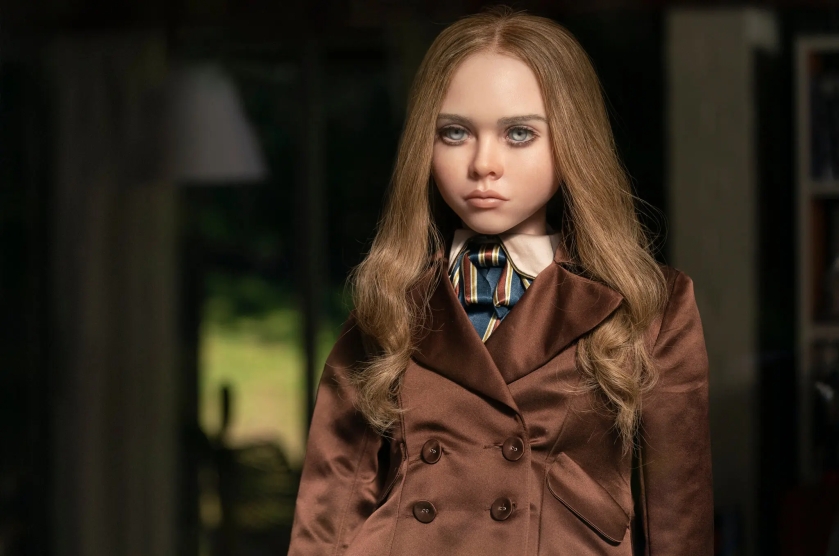 The idea of a murderous robot doll may be dumb, but there’s a sincere emotional component that makes “M3GAN,” a PG-13 sci-fi horror movie from director Gerard Johnstone and screenwriter Akela Cooper, a bit surprising. It feels like the type of film that critics will love but audiences will find mediocre because it doesn’t quite deliver on expectations. This isn’t a straight-up, bloody slasher flick until the very end, and those expecting traditional jump scares and gore will be disappointed.

Gemma (Allison Williams) is a brilliant robot creator for a major toy company. She is a workaholic who has been secretly designing lifelike dolls that use a very high tech level of artificial intelligence. When Gemma suddenly becomes the caretaker of her orphaned niece Cady (Violet McGraw), it’s clear that she has no idea how to be a parent. With demands at work mounting and an 8-year-old in desperate need of attention, Gemma decides to test her M3GAN prototype by using it to be a best friend to Cady. The two are soon bonded, and M3GAN will do anything to protect her new human best friend. Emphasis on anything.

It’s a silly story that’s totally predictable, and Johnstone sets a nice balance between a scary and tongue-in-cheek tone. The first half of the film is a little slow but the story is strong, and it’s satisfying when M3GAN becomes completely unhinged and goes on a killing rampage. You’ll know what’s coming, and it’s worth the wait when it does.

Even better, M3GAN is a terrifically bizarre and genuinely frightening villain. She puts real people in situations of peril, and it doesn’t end well for many of them. Her wide eyes and plastic-looking skin is creepy looking, and even the robot’s frozen, resting pose is unsettling. M3GAN is not only terrifying in theory, but on the surface as well.

The film has effective messaging in its cautionary tale, too, issuing a warning of what can happen when we give into our natural tendencies and eschew meaningful human interaction and hands-on parenting for the sake of convenience. “M3GAN” will make you think twice about letting that computer game or toy replace actually talking to your family.

Johnstone’s film has a good sense of humor and he embraces the absurdity, but doesn’t take it far enough. When his villain becomes completely deranged and goes berserk, it’s when the movie finally finds its horror roots.

“M3GAN” is entertaining enough for a mild recommendation. The film is corny, but in a good way.