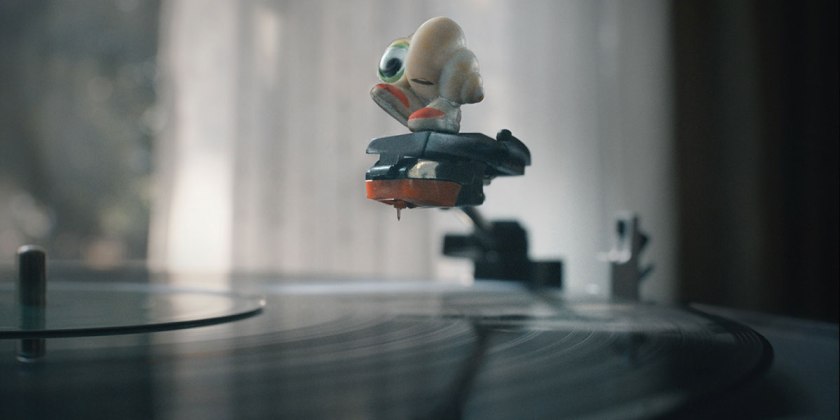 With strong themes of friendship, family, and always doing what’s right, there’s so much to love about the poignant and sweet animated mockumentary, “Marcel the Shell With Shoes On.” Everything about this film is simply delightful, from its simple stop-motion animation to terrific voice performances from Jenny Slate and Isabella Rossellini.

Based on the hit YouTube film series from the 2010s, the film tells the story of the tiny shell Marcel (voice of Slate) and the day-to-day life that he leads with his grandmother, Nana Connie (voice of Rossellini). The pair live in a house in the suburbs that, after the couple who used to reside there had a very nasty breakup, is now being rented out as an Airbnb. When human documentary filmmaker Dean (Dean Fleischer-Camp) rents the place, he befriends Marcel, learning that his entire shell family disappeared two years ago. Armed with a camera, Dean decides to help his new pal find his lost clan, shooting a documentary about their epic quest.

It’s a simple story told in an elemental style, but director Fleischer-Camp has created a world of pure joy. Marcel is as cute as they come, a sweet, positive little guy with the sunniest of dispositions. He travels around in a tennis ball, climbs the walls by smearing honey on his feet, uses toenail clippings for skis, and has a “pet” ball of lint. It’s the little things that are so inventive and clever, so be sure to pay attention to the small details. It’s a lot like the scenes where Marcel gets carsick when he rides on Dean’s dashboard: there’s something irresistible about seeing the world through a shell’s eyes, and it becomes an effortless endeavor to find an appreciation for everything in your own surroundings, too.

While this sounds like a movie that’s great for kids, it’s probably better for older tweens (and up). It’s a film that’s more pensive than colorful or action-packed, and there are moments that talk openly and frankly about grief, fear, and death. With the help of Nana Connie, Marcel gains the courage to take risks that are scary but important, and he gains a ton of confidence along the way. The story also has a timely life lesson about the world of social media, and Marcel is given a heavy dose of reality when he learns that many of his online “fans” want to exploit him rather than actually help him find his family.

Just ten minutes into the movie, I was concerned that the eccentricity would wear thin quickly, but it does not. Fleischer-Camp, Slate and Nick Paley’s screenplay is so wise and tender and emotionally touching that even when the story ended, I wanted more. I cannot say enough positive things about this entire project because there are no missteps here. That’s why “Marcel the Shell with Shoes On” is one of my favorite films of the year.