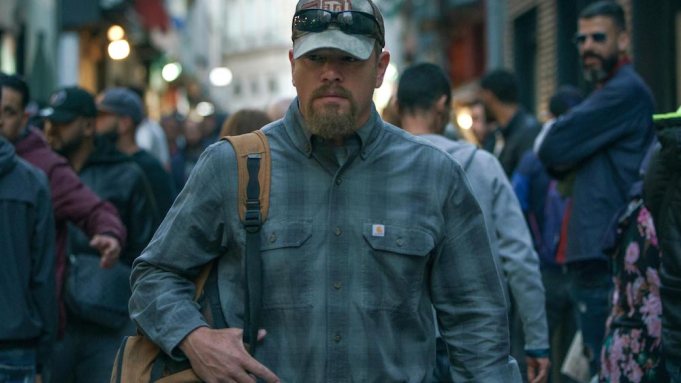 Matt Damon is becoming this generation’s “Old Reliable” when it comes to dependable leading men, and his solid performance in the crime drama “Stillwater” should earn him that designation for good. Damon delivers a terrific turn that carries the not-so-good parts of director Tom McCarthy’s feature film.

Very loosely based on the real-life story of Amanda Knox, “Stillwater” follows American roughneck Bill (Damon) who travels from Oklahoma to Marseille, France to visit his college-age daughter Allison (Abigail Breslin), who is being held in a European prison. Allison has been accused of murder, a crime she claims she didn’t commit. After spending several years behind bars, the young woman continues to contend that she is innocent and seeks the help of her estranged father, giving him clues to pass along to investigators. When the police don’t offer any help, Bill takes matters into his own hands and does all he can to secure his daughter’s release.

The film bounces around with the narrative, and doesn’t follow the expected structure of a crime film. It’s not frustrating per se, but the film isn’t shocking or exploitative when it comes to the actual crime. It’s not focused on the investigation, and the procedural facts are unimportant. In fact, all of this takes a back seat to a slightly uncomfortable love story between the unlikeable American and a French woman named Virginie (Camille Cottin). Bill starts making a new family with Virginie and her daughter (Lilou Siauvaud), but their relationship is not romanticized. If anything, it’s grounded in the reality of one man’s personal journey and his method of dealing with a clash of contrasting cultures.

Most of the latter half of the movie is slow, but it’s not entirely boring. Audiences can decide what they want to take from the film, either tackling it head-on as nothing but entertainment, or allowing themselves to dig deeper into the themes at play. From a storytelling standpoint the ending is disappointing, but “Stillwater” has quite a bit to offer otherwise.