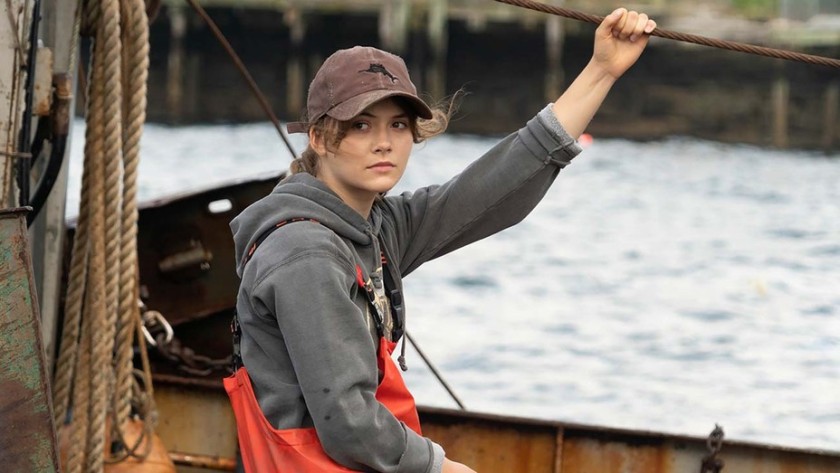 I cannot think of one person to whom I wouldn’t recommend “CODA,” an uplifting, emotionally rich movie from writer / director Sian Heder. This crowd-pleasing film is one of the first real gems to debut at this year’s Sundance Film Festival, and I’m still riding the wave of good vibes hours later.

Being a teenager is difficult enough, but try being Ruby (Emilia Jones). The 17-year-old is the only hearing member of a deaf family, and she spends most of her spare time working on her parents’ (Marlee Matlin, Troy Kotsur) fishing boat along with her older brother, Leo (Daniel Durant). and serving as their sign language interpreter. Ruby juggles her family responsibilities, her schoolwork, and a newfound passion for her high school’s choir club (and her cute duet partner, Miles (Ferdia Walsh-Peelo)). When her music teacher (Eugenio Derbez) hears that special something in Ruby’s voice, he encourages her to think about a life beyond fishing and supports her in applying to a prestigious music school. This unfairly puts the responsibility of the household on Ruby’s shoulders, and she must choose between keeping her family afloat or pursuing her dreams.

This very funny and very honest story has a universal appeal, with charming performances and a likeable family that you’ll want to spend time with. Kotsur and Matlin are terrific as Ruby’s randy parents, and Derbez brings a genuine charisma to his role as the young woman’s mentor. The cast includes three deaf actors, so much of the dialogue is expressed in sign language — and everything about that feels normal. This film goes a long way in shattering stereotypes about people who are hearing impaired, and that is to be commended.

Heder has created a film that’s filled with insight, refreshingly direct dialogue, and a fully developed cast of characters that all add up to solid storytelling all around. Not only is this a coming-of-age story for Ruby, but it’s one for her family, too. The four of them struggle through the disappointment that life throws their way, hoping to work together to emerge stronger than ever.

Heartfelt but never corny, “CODA” is a really special movie about unwavering support, unconditional love, and what it means to be a family.