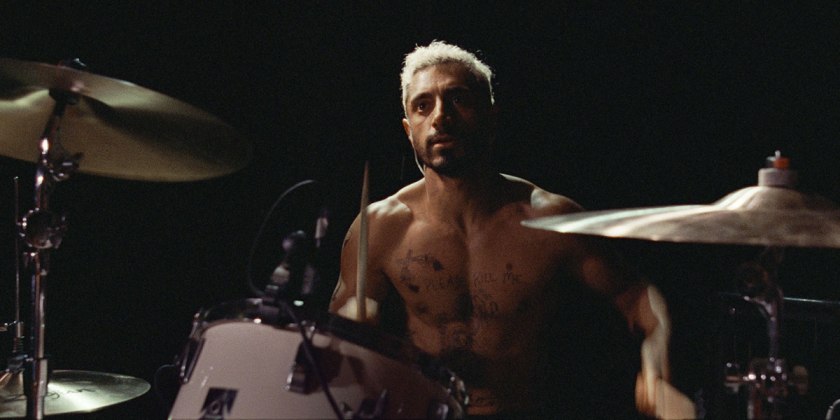 At the heart of “Sound of Metal” is a real love story. There’s the tremendous affection between singer Lou (Olivia Cooke) and her drummer Ruben (Riz Ahmed), partners in their rock band Blackgammon. There’s an even deeper love between the pair and their true soul mate: the art of making music. It becomes all the more tragic when Ruben, who devotes his life to being a performer, faces the sudden onset of significant hearing loss. With his hearing rapidly deteriorating, Ruben is forced to accept that his sense of self is slipping away and that he may have to let go of the very thing that defines him as a human being.

As a person with a hard of hearing mother and a best friend who is deaf and has begun relying more and more on sign language, the movie spoke to me on a deeper level (as it likely will to anyone who has a hearing impaired person in their life). The film accurately portrays the frustrations that occur daily for a deaf person and their friends and family. The tone for this intimate (and effective) storytelling is set early on, as you embark on what will be a devastating emotional journey for the lead character.

The story is entirely told from Ruben’s perspective. From the opening scene, the audience is thrust into the cacophonous, ear-splitting world of a heavy metal drummer. Director Darius Marder chooses to throw you into the tornado, and it feels like you are right there on stage with the band, experiencing the intimacy, escapism, and the contact high from making music for adoring fans. The film effectively puts the viewer inside Ruben’s head with what can only be described as brilliant sound design. The soundtrack is a phenomenal feat because it allows you to walk a mile in another person’s shoes.

Watching this film is an experience, and parts of it actually made my ears physically hurt as I strained to listen as Ruben was trying to hear. Every distortion, tinny whine, and muffled conversation are part of the intentionally barely audible dialogue. There are so many periods of silence and distorted sounds that much of the film is captioned. My frustration level was cranked up to its highest setting, and I found myself growing increasingly upset as I struggled to make out day-to-day conversations and sounds. This is why the film is a masterful example of how to effectively use sound design, as it allows viewers to simultaneously latch on to the same emotions the lead character is feeling.

Ahmed is terrific in his role as a man who quickly comes to terms with the fact that his life will never be the same. He embodies his character with a headstrong determination to fix his problem (or at least learn to deal with it), and it all feels so authentic and intimate. His impassioned performance is one of the very best of the year.

The film’s pacing is inconsistent in places, but it doesn’t erode the powerful story. Things slow down when Lou checks Ruben into a group therapy home for deaf addicts after she begins to worry that the former heroin addict will start using again. There are a few timeline gaps plot-wise as the narrative is rushed towards the end (it’s unclear just how long Ruben spent in therapy, for example). But “Sound of Metal” benefits from a credible sincerity that gives a realistic and poignant look at deaf culture in America.