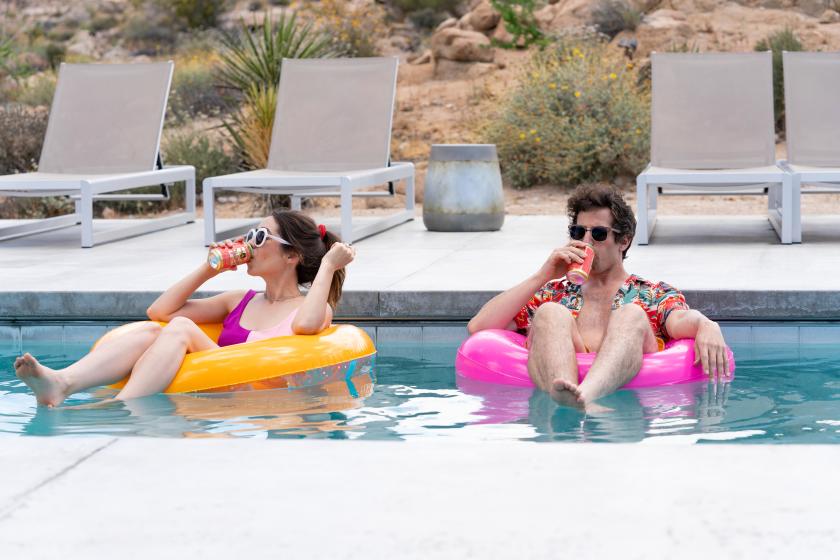 The multi-genre “Palm Springs” is an oddball, sci-fi rom-com about loneliness and love, a thoughtful story of existential consternation with a sharp-witted joke library. The film, written by Andy Siara and directed by Max Barbakow, is a weird hipster version of “Groundhog Day,” with a story about two semi-dorks stuck in an infinite loop where they must relive the same sunrise to sunset over and over again.

November 9th is the perfect date for a Palm Springs destination wedding, and Sarah (Cristin Milioti) is there for her younger sister’s big day. The elder sibling has a real chip on her shoulder, reluctant to serve as the maid of honor and not a big fan of formal events. At the reception, she meets Nyles (Andy Samberg), a carefree dude who is trapped with his shallow, cheating, bridesmaid girlfriend Misty (Meredith Hagner).

Sarah and Nyles hit it off with their shared offbeat sense of humor, and the duo sneak off into the desert for a late-night rendezvous. Something really, really weird interrupts their plans, turning the two into a powerhouse of cynical anarchy when they discover they’re able to endlessly reprise that day.

It’s a fun idea that’s given a refresh with smart-aleck humor from Milioti and Samberg. They’re a charismatic pair, even if they’re not the easiest couple to root for. The film has a jaded, “too cool for school” angle that may turn off some viewers, but it tries to remain lighthearted. An all-too-brief supporting turn from J.K. Simmons adds a bizarre but unexpectedly touching side plot, lending a lot of heart to the story.

As is the case with many films that premiere at Sundance, “Palm Springs” doesn’t come close to living up to the initial film festival audience reaction. The dark comedy is entertaining, but it’s not as funny as it could be, and it’s not as clever as it wishes it was.