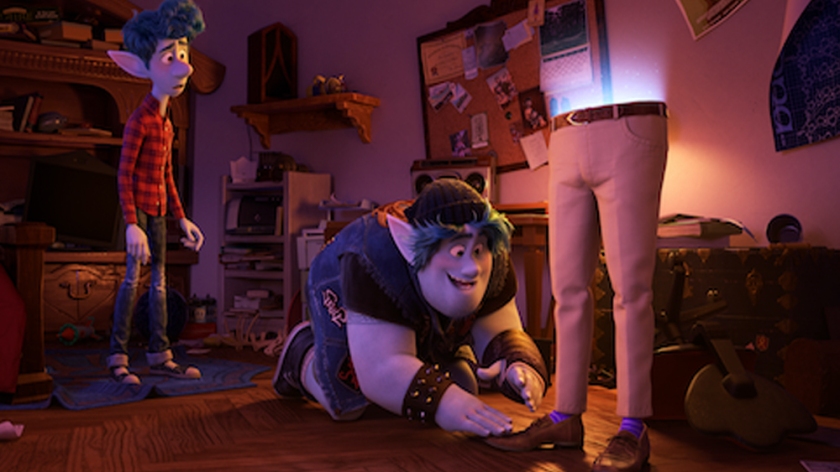 Unicorns, pixies, elves, and wizards have lost the magic of the past in “Onward,” a formulaic animated adventure from Pixar. Set in a suburban world of fantasy, the film tells the story of two teenage brothers who embark on a quest to find a magic gem that could hold the key to a little familial enchantment.

Ian (Tom Holland) and his older brother Barley (Chris Pratt) are still mourning the death of their father several years ago. Ian was just a baby when he died, and Barley barely has any memories of his dad. When mom (Julia Louis-Dreyfus) gives Ian a gift that his departed pop left for his 16th birthday, it turns out to be a wizard’s staff with instructions for a visitation spell that can bring the patriarch back for one day only. Something goes wrong, and the two siblings must set out on a danger-filled journey to find the missing piece of the puzzle before the sun sets.

Onscreen adventures are supposed to be exciting, but this one is considerably dull. The story feels very personal yet unfortunately sanitized for broader audience appeal. It works best when the story leans on the theme of reconnecting with your family, especially as the two brothers use their road trip as a way to bond over their differing ways of dealing with grief and regret. It’s poignant, and the film’s sincerity is a heartwarming reminder that we shouldn’t waste what precious time we have left.

The movie has a weird “Weekend at Bernie’s” vibe as the two teens drive around in a rock n’ roll van with the bottom half of their reanimated dad in tow. It’s not very funny, and the heavy themes of loss and the meaning of family will likely resonate with those who’ve lost a loved one and still yearn for one more day. It’s a strange film with and unsatisfying ending that doesn’t really pay off.

“Onward” doesn’t make the most of its solid premise, which is a real shame. The plot is repetitive and predictable; the story sentimental and drawn out. It’s one of the weakest films in the Pixar catalog, but it does meet the studio’s basic checklist for acceptable quality (great animation, good voice performances, mediocre story). It could benefit from a little extra sprinkling of magic.