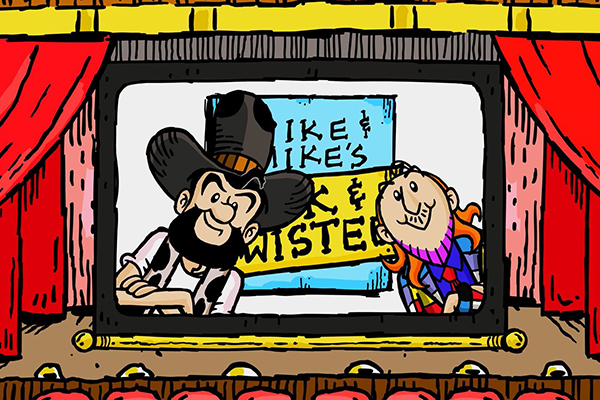 This film was screened at the 2020 Slamdance Film Festival.

For those of us old enough to remember the heyday of Spike & Mike’s Festival of Animation, the new documentary “Animation Outlaws” (from first-time director Kat Alioshin) provides a welcome walk down memory lane. The film is an affectionate tribute to Craig “Spike” Decker and Mike Gribble, two legends who changed the world of animation by not only launching the careers of some of the most talented and well-known artists working today, but were the first to give them a platform to screen and distribute their work to a wide audience.

The documentary features an impressive roster of artists telling their stories, recalling memories of Spike and Mike that are told through a series of talking head interviews and archival footage that fans will adore. The film is interspersed with original animation as well as clips from Spike & Mike classics (like “Bambi Mets Godzilla,” “Happy Tree Friends,” “Frog Baseball,” “Lupo the Butcher”, and “North of Blue”) that will leave many smiling with nostalgic recognition. It’s inspiring to hear experimental artists discuss how this one-of-a-kind duo not only helped change the world of indie animation, but created a true sense of community for outsider artists and fans by building a place where misfits could finally feel like they belonged.

Spike and Mike’s festivals were so popular because they knew what their crowds wanted and gave it to them. They took a chance on little filmmakers and cutting edge films that, while sometimes in poor taste and certainly not all displaying awards-worthy craftsmanship, were still worth seeing. These men were huge supporters of the arts and visionaries in their own right, spending their lives celebrating animation as an art form.

The documentary explores the modest beginnings as these men created a niche market that’s still beloved the world over and is often seen as the greatest underground animation festival of all time. From their genius guerilla marketing techniques to video footage of the raucous live events, it’s easy to see why Spike and Mike have earned worldwide respect from the underground animation community.

The birth of YouTube has proven to be both a blessing and a curse for creative types. On one hand, the digital generation has made it easier for artists to create and freely distribute their work and on the other, it’s hammered the final nail in the coffin of big screen festivals for animated shorts. That’s what makes “Animation Outlaws” so bittersweet: it’s almost as if the film documents the end of an era.

There are always new animation techniques to admire, unique voices to discover, and creativity that will continue to be inspired by many of the classic rough-around-the-edges cartoons of Spike & Mike festivals past. While this film may not be perfectly polished, it is made for the diehard fans: members of the geek community who will forever be indebted to these original rebels of independent animation.