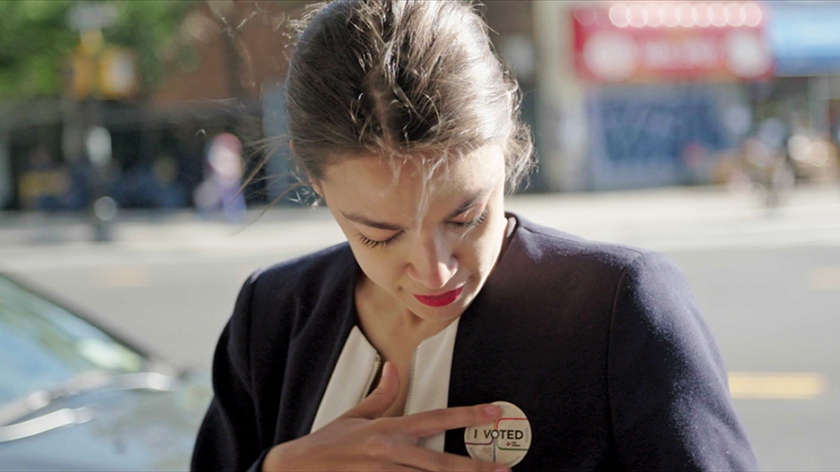 An average documentary with uneven storytelling, “Knock Down the House” is worth watching if you’re a fan of the current pro-minority and pro-female movement in politics. In the long run this isn’t a memorable movie, but throughout its duration you’ll be inspired, angered, and perhaps even motivated to change the world.

The documentary focuses on the Bronx-born Alexandria Ocasio-Cortez, a woman of color who had to work double shifts in a restaurant to save her home from foreclosures. She’s the face of the new movement in U.S. politics, and hers is a true success story.

Other candidates featured in the film, all female, include Nevada’s Amy Vilela, whose daughter died due to subpart health insurance. This inspired Vilela to run with the hope of fixing the country’s broken health care system. Cori Bush (Missouri) and coal miner’s daughter Paula Jean Swearengin (West Virginia) round out the cast.

Bush decided to run because she was fed up with her politicians’ response to the police shooting of an unarmed black man in her community. Swearengin wanted to take a shot at getting elected because she had to watch so many of her friends, family, and neighbors die as a result of the environmental effects of the local coal industry. They’re compelling stories for sure, and these women are worth getting to know on a deeper level.

Director Rachel Lears does a decent job of capturing the volatility of the current legislative climate and goes behind the scenes of modern American politics. The most eye-opening parts of the film are the insider looks at the grassroots campaign offices, and I wanted more.

No matter if you’re a Democrat, Republican or Independent, you have to admire the sheer ambition of these strong women who, without any experience or corporate money, put everything on the line because they want to change their country for the better.