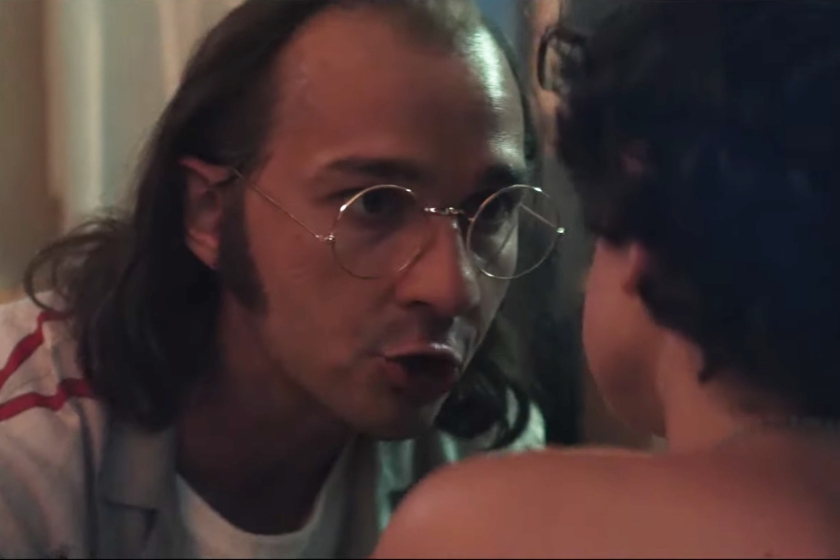 The razor-sharp focus of “Honey Boy” makes it too late for you to duck and avoid the hit as the film delivers its knock-out emotional blow. This heartbreaking and soul cleansing film is based on actor Shia LaBeouf‘s real-life experiences, creating a focal point of one seemingly minor moment in time that set the tone for the troubled life that followed.

LaBeouf wrote the screenplay about his own stormy childhood, and the story jumps around in two points of time in his career: the rocky start of his Hollywood actor life and his extended stays in rehab as a young adult. Otis Lort (Noah Jupe) is a twelve year old boy who is on the cusp of becoming a breakout star. He and his ex-rodeo clown, felon dad James (LaBeouf) live in their garden court motel home. Mom’s mostly out of the picture and dad, who continues to battle with drugs and alcohol, pretends to be his son’s biggest cheerleader (but Otis surmises that he really just hangs around for the money).

The film seems to take place over just a few weeks, and is cut with flash-forwards and flashbacks of Otis as a twenty something (Lucas Hedges) with serious emotional and drinking problems of his own. He is a broken man, in and out of rehab facilities, who is struggling to reconcile with his father.

LaBeouf gives one of the finest performances of his career. The fearlessness he displays by taking on the role of his father is astounding both professionally and emotionally. LaBeouf manages to expose the man’s most awful flaws and still remains sympathetic, which is one of the most difficult things to master. The same can be said for Jupe, who brings a delicate and devastating sadness to Otis, a boy who endures unimaginable emotional cruelty yet never loses his desire to please his dad. This is a painful film that demands impassioned performances, and these two deliver tenfold.

Director Alma Har’el handles this material with a sensitivity that’s commendable. Her vision matches the story, and the seamless narrative is beautifully told through visuals that look and feel like nostalgia that’s been directly plucked from a person’s actual memories. The dreamy illusions as an adult Otis reflects on his relationship with his father are a somber reminder that there’s still beauty that can be salvaged from the ugliness of the past — even when confronted with disgust when he looks in the mirror.

The indie-heavy symbolism is piled on a bit too thick (with chickens and swimming pools making too many unwelcome appearances), but the limited, sharp focus of both the storytelling and visual style is the ideal complement to LeBeouf’s original screenplay.

Most everything about this movie feels therapeutic, like riding a wave of emotions that eventually ends with forgiveness as the key to exorcising all of Otis’s demons. It’s the cinematic equivalent of a primal scream or a prolonged cry, and the idea of art as a method of healing never resonates as greatly as it does here.

This is not a feel good film, but it offers an intimate and highly personal exploration of one turning point in a child’s life that makes you understand, if only for a brief moment, the reason a person turned out the way he did.