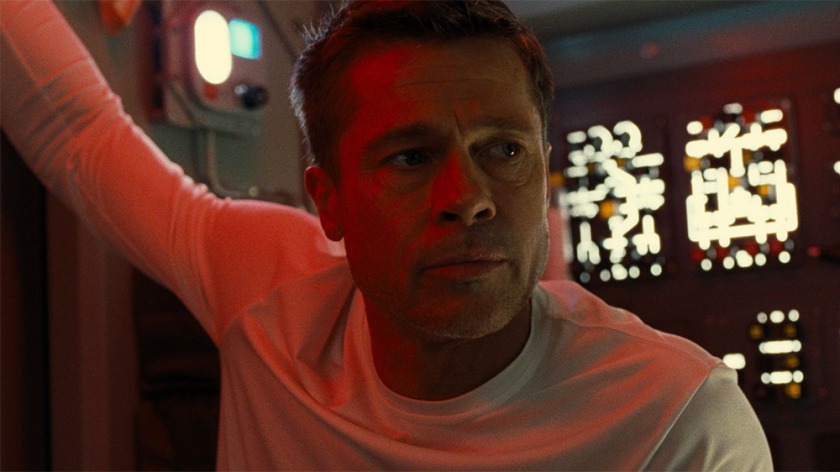 “Ad Astra” is one of the most cerebral sci-fi films I’ve ever seen. The original story from writer / director James Gray gives an intimate look at the emotional toll that comes from being just one man lost among the stars in the vastness of space. It’s like a more existential version of Terrence Malik’s “Tree of Life,” but set in the outer reaches of our galaxy.

Roy McBride (Brad Pitt), an astronaut with nerves of steel, travels to Neptune to find his missing hero astronaut father (Tommy Lee Jones). As part of a top secret mission, Roy begins to unravel a mystery and uncover truths that may threaten the survival of Earth. This may sound like a blockbuster action thriller, but it’s not. Instead, the film is an emotionally complex introspective about a man burdened with the sins of his father.

Pitt gives a stunning, understated performance as a man struggling with the psychological toll of isolation and regret. It’s one of his best to date, and it’s nearly impossible not to have a deep emotional connection as you share his character’s established sadness. The father and son dynamic shapes Roy’s life, and he’s never quite gotten over the abandonment issues he’s felt since he was a child. The scenes where Roy and Cliff finally reunite are brief but come from a heartfelt place of forgiveness that grows with the passage of time. It’s the perfect analysis of our own humanity, as we all continue searching with a blind hope to find our footing in the cosmos.

The film relies heavily on voiceover narration from Roy, something I normally hate because it feels like lazy storytelling. That isn’t the case here. It works well and is a very effective method that complements the director’s vision. In fact, everything about this film is a success, from Max Richter‘s haunting original score to the special effects and striking cinematography (by Hoyte Van Hoytema), tight direction, and detailed sound design. Gray achieves what he’s going for when every element of the film works together as a whole, and it all is executed in a stunning fashion.

“Ad Astra” is highly intelligent and melancholy science fiction that will leave a lasting impression on those who can appreciate its sadness and beauty.