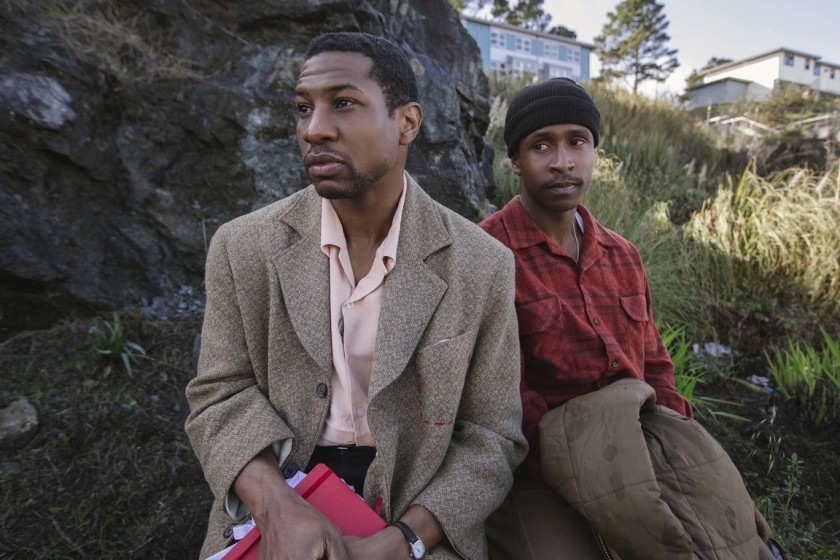 Indie festival circuit darling “The Last Black Man in San Francisco” is one of the most pretentious films I have ever seen. Here is a film that’s so manipulative and so full of itself that its powerful message is lost among the chaos. It’s like Wes Anderson directed a version of “Blindspotting” that is far less insightful and reeks of exceptional self-importance. I wanted to like this visually beautiful movie, but it’s just too abstract and pompous to be anything but a complete turn-off. This is an exasperating way to spend two hours of your life.

Jimmie (Jimmie Fails) dreams of reclaiming the elegant Victorian home his grandfather built in 1946 in the heart of San Francisco. Joined on his quest by his quiet and thoughtful best friend Montgomery (Jonathan Majors), Jimmie searches for his sense of place in a rapidly changing city that has left them behind. The film is a story of friendship and local adventure of two young men trying their best to survive and fit in among a landscape that they no longer recognize as their own.

There isn’t much to the screenplay, as writer / director Joe Talbot puts all his talents into capturing the mood, beauty, and essence of one of the most famous cities on Earth. The film has shot after shot of beautifully framed city landscapes, but it’s not all that difficult to make San Francisco look beautiful. Instead of concentrating on a solid story or an eye-opening racial viewpoint on the gentrification of the West Coast city, Talbot opts for gimmicky visual metaphors that figuratively beat me over the head so much that I had a headache by the end.

The finished product is bold for sure, but it’s mostly a hollow composition of random shots of homeless singers, obnoxious tourists, street preachers, and a random nude hippie at a bus stop that feel staged solely for the sake of being quirky. It’s as if the script took a back seat to the visuals because I’m an auteur, dammit! To hell with a solid story!

There’s a unique voice in here somewhere, but it’s trapped in the same old “love letter to a city,” blah blah blah, that we’ve seen a zillion times before. The talent of the two leads is undeniable, however, and their performances are terrific. I was disappointed that the more compelling elements of the story weren’t explored on a deeper level. The idea of persona versus reality, or the essence of feeling like an outsider in a place that’s always been your home are serious issues that I feel could’ve made more of a social impact with a better script. It’s a shame that near-iconic moments of brilliance are lost in the noise, including Jimmie’s awkward reunion with his mother on a public bus or a scene where he tries to apply for a multi-million dollar home loan from a stuffy city banker.

Just when the film starts to come full circle, the hollowness rears its head. Just how pretentious is it, you ask? It’s extreme. From the overuse of slow motion to the tiny digs at the modern political climate in San Francisco (a smarmy real estate agent has the last name Newsom), to the carefully orchestrated position of the actors to the pompous idea of using a homeless man singing opera as a soundtrack, the film is trying so hard to be deep and meaningful it loses all meaning and impact in storytelling.

It’s disappointing because the film rambles on and on, and feels like it ends five times before the final credits eventually roll. I do believe Talbot has a strong future in filmmaking, but I hope he relaxes and simply tries to tell his story with his next project instead of getting bogged down in symbolism.