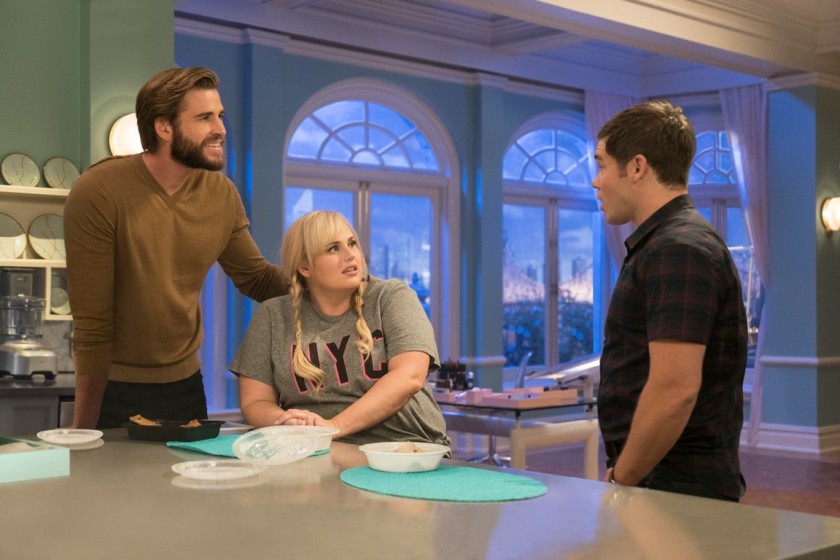 “Isn’t It Romantic” is one of those ‘what it could’ve been,’ self-aware satirical movies. At some point, it becomes the very thing it’s trying to mock, apparently attempting to poke fun at rom-com conventions by copying their own absurd clichés. There’s the over-the-top gay best friend / sidekick, the bitchy rival co-worker, a fashion montage, and even a big musical number. Instead of going for the creative jugular with a focused story, the film languishes in a steady, repetitive, stringing together of “typical” romantic comedy references. The ending gets better because the characters finally get a foothold within the story, but the movie is mostly a series of rip-offs and wasted opportunities.

New York architect Natalie (Rebel Wilson), a lifelong cynic of the “happily ever after” variety of love, is often taken for granted at her job in the city. One night after work, Natalie is knocked unconscious by a mugger in the subway, waking up to discover her boring life has suddenly become the thing of nightmares: she is now the leading lady in her own PG-rated romantic comedy.

The premise is a great one, and the casting is downright inspired. Wilson, with her wry, deadpan wit, proves she’s more than capable of taking on a starring role. She’s well suited to the material. (While there are a few cracks at Wilson’s far-from-conventional movie star good looks, there isn’t one overt joke about her weight. That’s refreshing in itself). Ditto for her own irresistibly perfect Prince Charming (Liam Hemsworth) and her infatuated, nerdy coworker Josh (Adam Devine). Devine is funny and goes all-in on his performance with a charismatic glee, but DeVine’s clunker delivery and pathetic, near desperate attempts at likeable buffoonery mostly fall flat.

For the most part, the movie is delightfully funny, charming, and corny. But I couldn’t shake the feeling that a whole lot of something was missing. Then it dawned on me: there’s no love lost between the sincere and the parodied. It’s not exactly mean spirited, but the film does tend to poke fun at the very people who enjoy watching romantic comedies by presenting itself as an edgier, more “woke” anti-rom-com. Referencing many other films in the genre doesn’t make for a very original experience, and this one would’ve been great if it just had been funnier, and if had a little bit more to say.