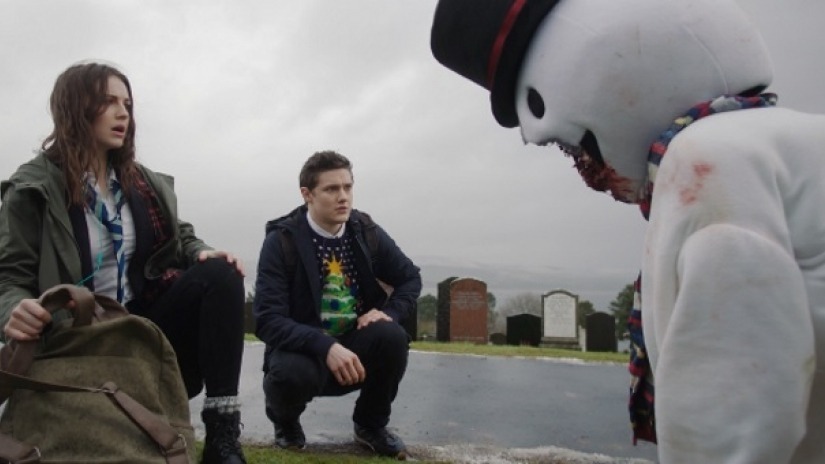 If your traditional holiday movie night feels stale and could use a little pick-me-up, the bloody festive “Anna and the Apocalypse” may be the zombie Christmas musical you didn’t know you needed. This delightfully imperfect romp is what happens when “High School Musical” meets “Shaun of the Dead.” And while it’s admittedly a little messy, it’s definitely one of the most memorable films of the year.

With every violent slash, baseball bat bash, and bloody decapitation, it’s both startling and amusing when the characters break into song. The toe-tapping pop soundtrack is filled with catchy original songs with funny (if sometimes lowbrow) lyrics. Among the best is “Soldier at War” sung by the cocky jock Nick (Ben Wiggins). The accompanying choreography leaves much to be desired, but everything here is so spunky and packed with gleeful creativity that it’s easy to ignore the fact that the film is short on ideas. Sometimes being long on irreverent sass makes for far better entertainment.

Every single one of the actors are ridiculously likeable, with a talented cast of characters that you can’t help but root for. The performances are sincere yet deadpan, funny when they should be and even touching in ways that are totally surprising. It’s sometimes gruesome, but the violence is balanced with well-timed humor. I could see this film becoming a big hit with high school drama club kids as it has a twinge of homage to the midnight cult classic “The Rocky Horror Picture Show.”

This is a film geek achievement in offbeat originality. Trying to stuff this movie in a neat little box is next to impossible, but this United Kingdom import delivers a fresh and fun twist on the zombie genre.