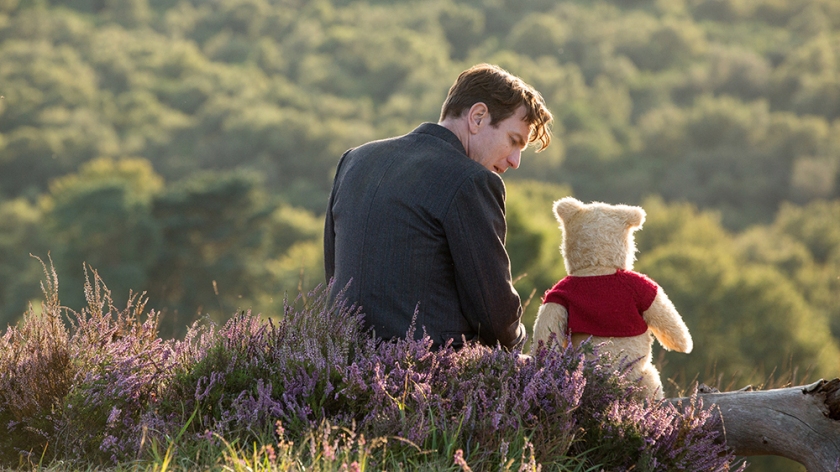 Disney films by design are made to tug at your heartstrings and “Christopher Robin,” a live action adventure based on A.A. Milne’s beloved Winnie the Pooh stories, has a charm quotient that is off the charts. The surprisingly pensive story focuses on Christopher (Ewan McGregor), now grown up and struggling to balance his home life with his career. When a magical event brings his beloved bear Pooh back into his life, Christopher returns to the Hundred Acre Wood to reawaken the creativity of the playful boy who still lives inside.

The performances from the film’s human actors take a back seat to the outstanding animation. Pooh and his friends (including Tigger, Eeyore, and Piglet) are brought to life and they look stunning. From the soft plush fur to the slightly threadbare worn spots from a life of being loved, these cherished characters look real from the tactile artistry.

There isn’t much of a unique story and all of the important clichéd life lessons are learned, but the film offers a refreshing spin on the typical by-the-book fare. While Christopher is ignoring his family in order to climb the corporate ladder, the demands of his job are treated with respect instead of ridicule. The man finds a balance between family and career without resorting to the typical unrealistic “I quit!” scene. And Christopher’s stuffed animal friends are presented as real pals too (they can be seen and heard by everyone), and not as simply a figment of his overactive imagination.

The film has an unusual blend of melancholy and whimsy, which in turn makes this film much more meaningful to adults rather than children. It’s a tender and charming look at how we all grow up and lose touch with our childhood. If you’re looking for a boost of poignant warmth of nostalgia, this is the magical movie you’ve been waiting for.