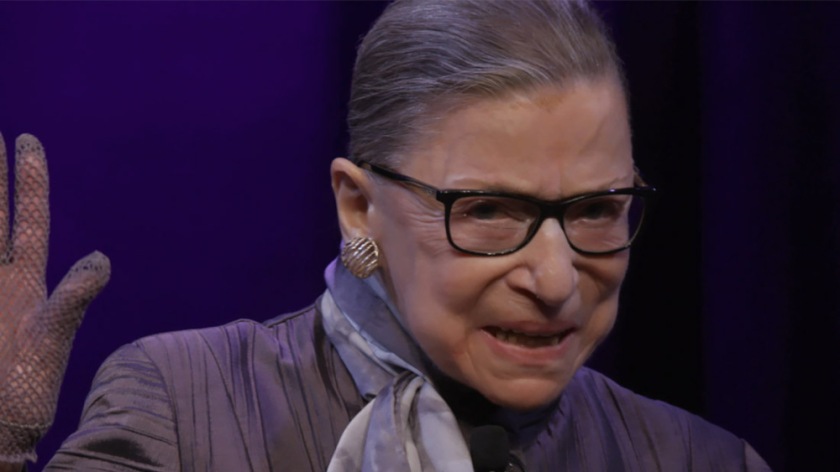 The groundbreaking legal legacy of U.S. Supreme Court Justice Ruth Bader Ginsburg is the focus of “RBG,” a well-crafted if slightly stale documentary about the feminist icon. The film explores Ginsburg’s career from her early days at Harvard to her strongly worded dissenting opinions on the high court today. Fans of the newfound pop icon will love this film, although it’s mostly an hour and a half of preaching to the choir.

Ginsburg has led a lifelong fight against gender discrimination and has faced it head-on herself. She’s an interesting (and charismatic) subject, but this film barely scratches the surface of her life and career. Filmmakers Julie Cohen and Betsy West choose to focus on a handful of landmark court cases that are presented in an uninspired, academic manner. They’re educational but lack additional insight.

The best elements focus on Ginsburg’s early history, including her time spent at Harvard law school, the loving relationship filled with mutual respect with husband Martin, and a semi-detailed greatest hits list of her judicial accomplishments. The everyday human moments are also a delight to watch, like when the judge opens her closet and lovingly shows off her collection of collars that she was gifted over the years, when the camera joins her for a daily workout session, or when Ginsburg is shown a sketch from Saturday Night Live starring Kate McKinnon and laughing right along with her.

It’s also a documentary that disappointingly fails to ask (or answer) the hard questions, including an all too brief mention of why the justice refused to step down while Obama was still president so that a younger judge could be put on the bench in her place, or a deeper justification of her controversial negative comments on then-candidate Donald Trump.

Overall this is a still a well-crafted, straightforward documentary that paints an interesting portrait of one of the most brilliant legal minds America has ever known. It’s a rah-rah cheer for women’s rights, and it will leave viewers with a fresh respect for the octogenarian activist attorney.