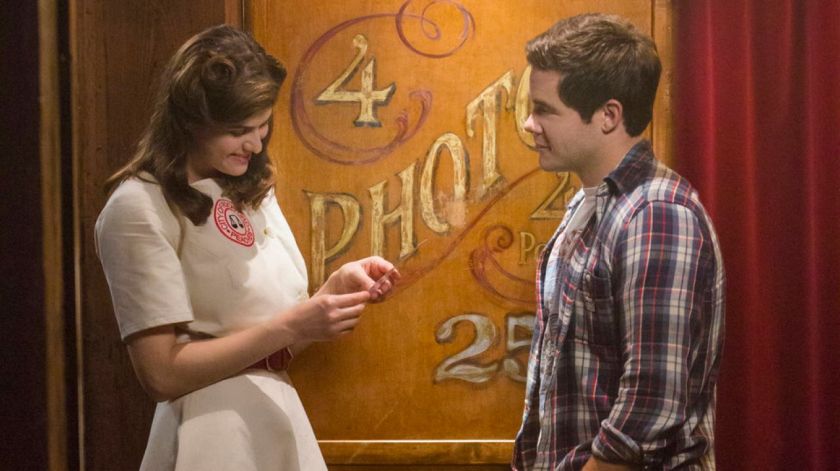 If you’re looking for an easy to watch and easy to like romantic comedy, “When We First Met” will scratch that itch. This Netflix original indie from director Ari Sandel (“The Duff”) puts “Big” and “Groundhog Day” in a blender with a foolproof recipe of lighthearted humor, tender romance, and feel good happiness. It’s predictable to a fault, but the cast is so charming and the vibe so good-natured that you can’t help but enjoy its undeniable goofiness.

Noah (Adam Devine) meets Avery (Alexandra Daddario) at a Halloween party in 2014. She’s the girl of his dreams. After a comfortable evening of getting to know each other, he goes in for a kiss but gets a hug instead. He’s now permanently stuck in the friend zone. Flash forward three years to Avery’s engagement party; she’s met the perfect match in dreamboat Ethan (Robbie Amell) and both are genuinely thrilled to be so lucky. Noah is still pining away for his lost love and wonders what could’ve been when a magic photo booth sends him back in time to that Halloween party, giving him a chance to redo everything, keep Avery from meeting Ethan, and fix his romantic timeline.

Of course things don’t go so well when Noah tries to be something he’s not, but luckily he can climb back and keep trying over and over until he finally gets it right. Each misstep changes his future and he has to go through several do-overs until the right one sticks.

There isn’t a lot of new ground covered and every tired rom-com checkbox is ticked, but this harmless little film still manages to feel fresh, is thoroughly delightful, and delivers pleasant, affable entertainment. Devine is very funny and the supporting cast (including Shelley Hennig, and Andrew Bachelor) lend their backing to make the whole thing work and keep the spotlight on the film’s star. These aren’t award-winning performances, but this isn’t an award-winning movie either. But if you’re looking for an easygoing night at home, this is the film you’ll want to watch.

This satisfying chick flick is now streaming exclusively on Netflix.