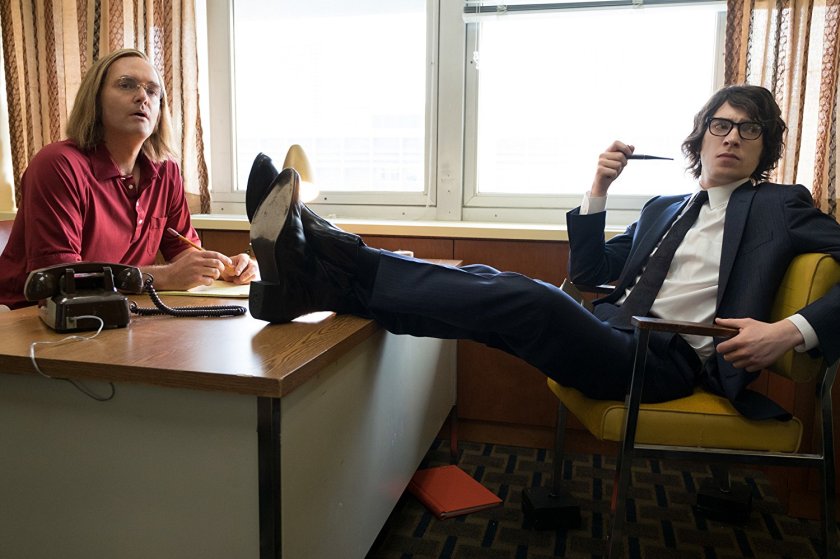 David Wain directs “A Futile and Stupid Gesture,” a biopic about the troubled National Lampoon Magazine co-founder Doug Kenney (a man famous for writing the cult classic movie comedies “Caddyshack” and “Animal House,” and launching the careers of most of the early cast of “Saturday Night Live”). Having prior knowledge of the history of National Lampoon will help because it’s much more fun when you know the real people behind the story.

Wain takes an unexpected yet appropriate approach to the material (based on the book by Josh Karp) and puts an inside joke style spin on the story. The film is set up with a modern-day Doug narrator (Martin Mull) who directly addresses the audience with often tongue-in-cheek comments. The film is annoyingly self-referential but it’s ambitious because it covers a lot of ground in little time. The pacing is quick and dares you to keep up as we leap from childhood to college to magazine to live radio to television to movies to insane cocaine binges that could’ve killed a horse to Kenney’s eventual unfortunate “accident.”

Will Forte tackles the role of Kenney as a young man, and the absolutely fantastic casting is the most inspired element. There’s Jon Daly as Bill Murray, Thomas Lennon as the dark genius Michael O’Donoghue, Domhnall Gleeson as Henry Beard, and Natasha Lyonne in a dead-ringer performance attitude-wise as Anne Beatts. They look, walk, talk, and sound like their real-life counterparts. (If you become giddy at the mention of either the real comedians or the modern actors playing these roles, you will not be disappointed in this movie). The real standout of the film is Joel McHale‘s version of Chevy Chase: it’s so accurate it’s scary. McHale captures a young Chase so well, right down to the vocal and physical characteristics. His performance left me slack-jawed.

The biopic cuts a lot of characters for time (and even references it in a particularly smart-ass scene), but the overall picture that emerges is a nearly complete one (including an unexpectedly beautiful ending). Much of it is revealed in all too brief snippets of Kenney’s life and some of the storytelling methods become a bit jumbled, but the sometimes goofy and oftentimes playfully irreverent retelling of his life story seems to fit the man well. Fans of the Lampoon era and their later offshoots will find much to savor here.

“A Futile and Stupid Gesture” was released by Netflix and is currently available on the streaming service.