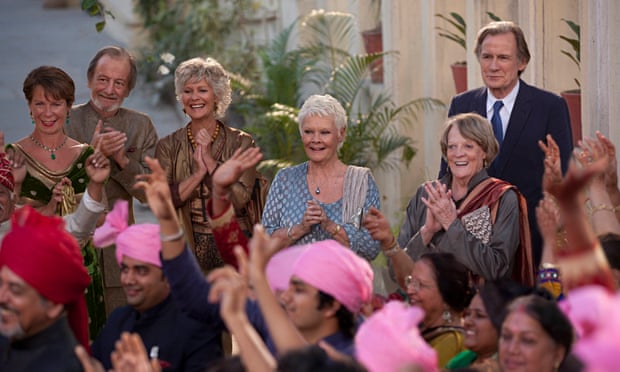 Sometimes a sequel is so awful and so poorly executed that it tarnishes the reputation of the film that came before. I had to remind myself that the first ‘Best Exotic Marigold Hotel’ earned a spot on my Top 10 Best Movies of 2011 list. It’s a sad day when its sequel earns the top spot on my Worst of the year list for 2015!

This stale, slow movie reheats the plot of the original but adds in the most mundane and predictable situations that it caused me to audibly groan throughout. This movie is pointless and dull, lazy and bland. It engages in shameful pandering — the talented cast and filmmakers connected to this should have known better and should be ashamed of themselves.

While the original film was filled to the brim with joyful, fun magic, there’s zero joy or fun to this musty and unnecessary sequel. The over-the-top Bollywood musical number near the end is ridiculous and confusing. Simply put: the title reviews itself. 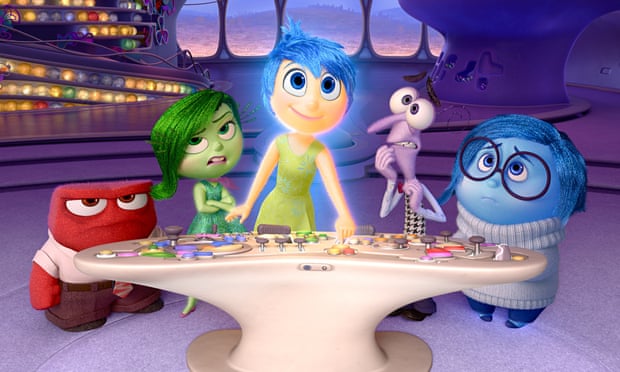 Out of all of this year’s picks for the worst, I am guessing this one is going to get the most pushback from rabid Pixar fans. Maybe it’s because I don’t have children, but I found ‘Inside Out’ to be absolutely insufferable. I was so close to walking out of the theater before the film even hit its 20 minute mark, and I wish I hadn’t wasted 90 minutes of my life on this pandering rubbish.

‘Inside Out’ is so frustrating that I felt like Anger by the end of the movie, finding myself wanting to strangle perky Joy and dreadful Sadness and especially that bubbly motherf&#$er Bing Bong.

To me, this movie sealed Pixar’s fall from grace as they can no longer be considered a hallmark of quality animation. This movie felt like a poorly made video that a hippie child psychiatrist would use in her office to get toddlers to open up about their feelings.

I hated this movie, and you can’t convince me that I’m wrong. 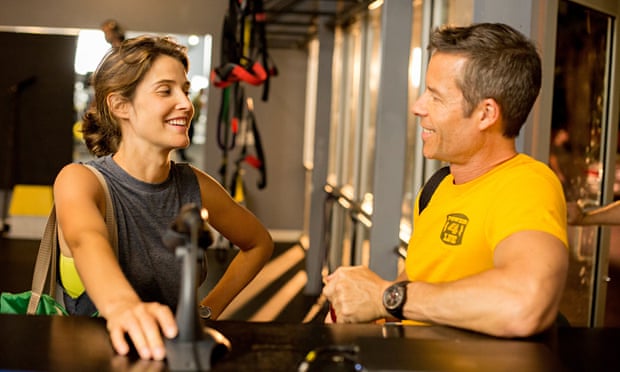 I’m sure nobody has heard of this movie but I hope I can save you some time by telling you to avoid it at all costs. This film debuted at the Sundance Film Festival and I actually booed it when it was over. This trying-to-be-a-romantic-comedy story of personal trainers (yes, an exercise movie), has a very likeable cast but it’s one of the worst movies I think I have ever seen. My one sentence review is this: too long, lots of things happen but none of it is interesting. 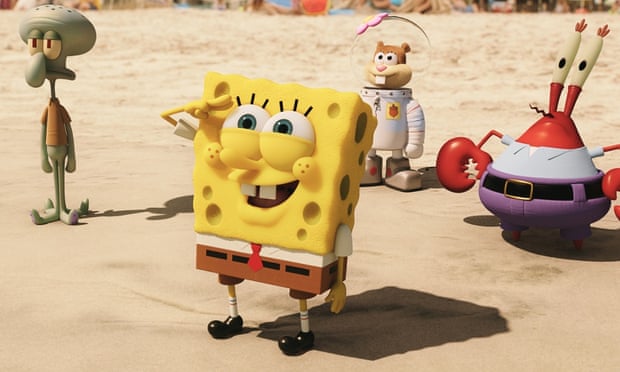 4. The SpongeBob Movie: Sponge Out of Water

I love animation and I see just about every animated movie that is released. After seeing the super cool previews (and the really nifty live action sequences), I was super excited for the SpongeBob movie. I’m sorry to say that it failed miserably.

The live action sequences are so much fun but there’s not enough time spent in that universe. The promos would have you believe otherwise. Such a huge missed opportunity here, because at his core, SpongeBob is a funny and likeable character. Most parents probably saw this movie already so I don’t need to say much about it except that it’s plain awful. Skip it. 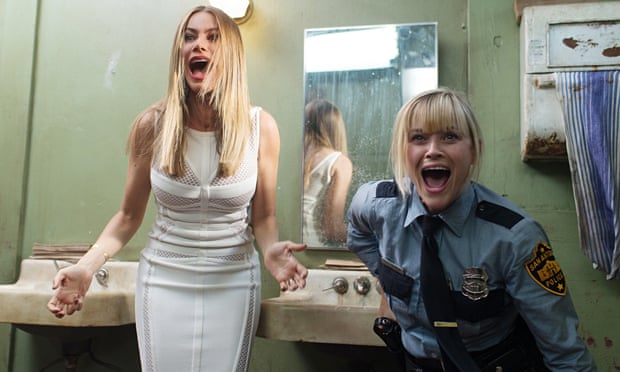 I know what you’re thinking: there were FOUR movies that were WORSE than this? Yes. ‘Hot Pursuit’ has zero reason to exist. None. Zip. Zilch. It feels like a badly rehashed t.v. sitcom with unappealing characters and an idiotic plot. This is supposed to appeal to women?

Major spoilers here: one is a wild card and the other is — wait for it — STRAIGHT LACED! OMG who would’ve ever figured that out?!?!? There’s constant bickering, forced “action” sequences, improvised and unfunny dialogue, and several borderline-offensive, dated gags (the pair pretend to be a lesbian couple to escape a hillbilly — seriously? What is this, 1970?)

This movie is so stupid. The funniest part of the movie are the bloopers and outtakes shown over the closing credits. I find that lots of bad comedies often employ this technique to “leave you laughing” so you’ll forget how god-awful the rest of the film was. 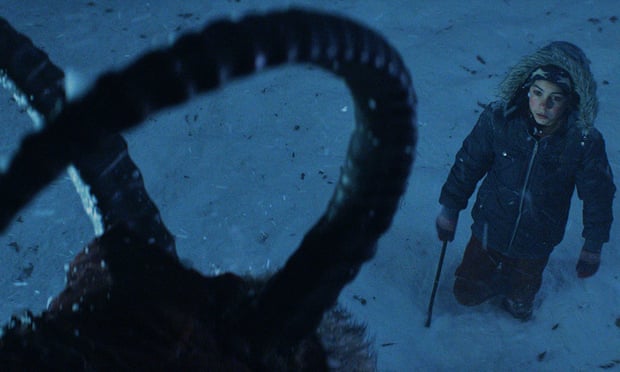 This movie could have been a slam-dunk cult classic. Who doesn’t love the legendary folk tale of the Christmas devil who comes and snatches bad children and hauls them away in his sack? Unfortunately, ‘Krampus’ doesn’t stay true to the classic tale at all and instead tries to reinvent the story into an incoherent, jump-scare filled, nonsensical movie. The gags are weak and the laughs are few.

Faced with only garbage material to work with, there’s only so much the supremely talented cast could do. The filmmakers obviously couldn’t decide what they wanted this movie to be. It’s not a straight up scary horror flick. It’s not biting satire. It’s not a funny comedy.

If they had made this appropriately campy, I could see ‘Krampus’ being put in our annual rotation of holiday movie watching; but I never, ever want to sit through this junk again. 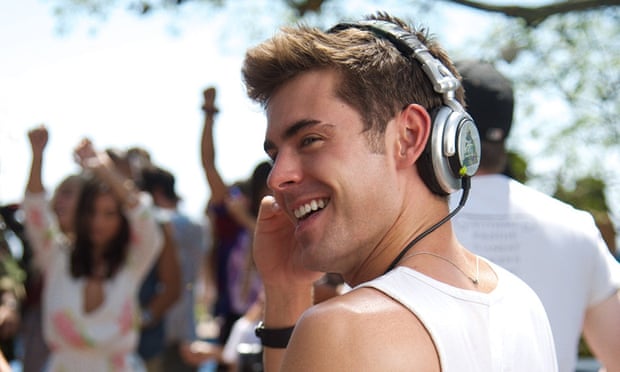 7. We Are Your Friends

The premise of examining the world of a young up-and-coming dj sounded exciting but it’s not. The movie has lots of heart but ultimately is just superficial. It’s surprisingly well directed but the plot is so simplistic yet rambling that nothing ever seems to happen and boredom quickly sets in. Two good things: some excellent, original EDM on the soundtrack and Zac Efron takes his shirt off.

I’m sad because I could really tell this movie was a passion project for Efron but it just isn’t any good. Or maybe this Gen Xer doesn’t “get” the Millennial generation. I don’t know. But I do know you can skip this one.

I love ‘Jurassic Park’ and even enjoyed the sequels, but ‘Jurassic World’ almost ruined the entire franchise for me. How can a movie about rampaging dinosaurs running amok be so BORING?

Devoid of any originality or imagination, the fact that this movie made a ton of money makes it all the more offensive. It’s a really poor copy of the original movie and the filmmakers have sucked all the fun out of what is, at its core, a pretty sweet premise. They’ve cast the most supremely annoying lead actors (every time a dinosaur came remotely close to Bryce Dallas Howard I was hopeful it would just eat her to end the audience’s misery).

Most of the movie is just a bunch of running and yelling and crying with poorly animated CGI dinosaurs. Let’s just say I was ready to tear my hair out by the halfway point. 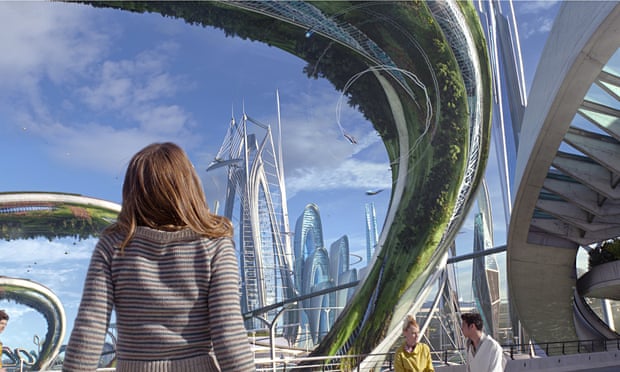 As a lifelong Disney fan, ‘Tomorrowland’ was one of the movies I was looking the most forward to in 2015. I’m still in a bit of disbelief at just how awful the movie turned out to be! I think it qualifies as the year’s biggest letdown. There were no cool inside jokes or references for Disney fans (I remember ONE at the very beginning, so many missed opportunities here).

What could’ve been a satisfying sci-fi adventure tale was instead a generic tale of a human-caused pending apocalypse. The movie starts off as pro-dreamer and pro-science but then quickly turns into a confusing mish-mash of predictability. That it ends with a super preachy message sealed its fate as one of my picks for worst of the year. 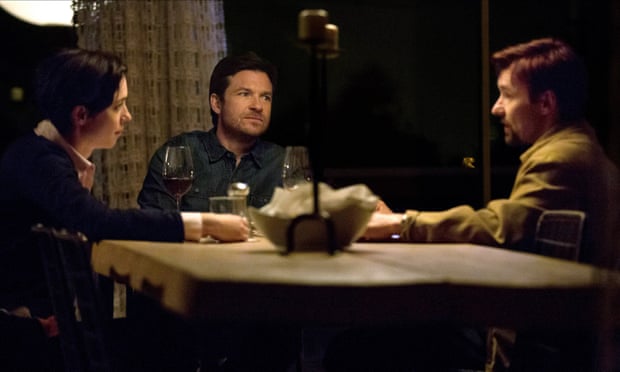 “The Gift” is this year’s “Gone Girl.” People loved this movie and ate it up and it annoyed me. Call me crazy, but shouldn’t a thriller be, well, thrilling? I don’t respond well to movies that exist with the sole purpose of manipulating me — IF I KNOW FROM THE GET-GO THAT I AM BEING MANIPULATED. A good filmmaker can manipulate the audience and you never have a clue until it’s too late.

This movie was nothing more than a pandering gimmick and it pisses me off that so many smart adults fell for it. If you were shocked and surprised by this movie, shame on you. You need to watch more (good) movies!

This movie has a repugnant ‘twist’ ending (because OF COURSE IT DOES!) that’s more nonsensical than disturbing. This is a stupid movie designed to make stupid people feel smart.

These awful movies came very close to making the list of my Top 10 Worst of the year: