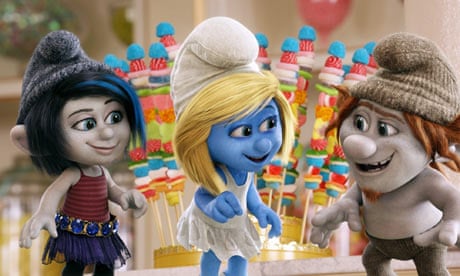 I walked out of two films in 2013, and they made my #1 and #2 slots on my worst of the year list. “Smurfs 2” is a stupid, abrasive, absolute piece of garbage. Nothing more than one long corporate advertisement, everyone involved with this junk should be ashamed of themselves (Brendan Gleeson, I’m especially talking to YOU). After about 50 Smurfy minutes I had all I could stand so I stood up, yelled “Smurf this!” and walked the Smurf out. If any of you out there actually enjoyed this movie, I can safely say that I have lost all hope in humanity and we, as a species, are doomed.

I gave “Ass Backwards” more of a chance than I should have, and that’s nearly 90 minutes of my life that I will never get back. We made it almost to the end but after enduring the grating, screeching dialogue delivery of the two lead actresses (the most unappealing women in the history of cinema; seriously, these two should NEVER be allowed to act in a film again) and scene after scene of jokes falling so horribly flat that some people in the Sundance audience were audibly groaning, we figured it was time to cut our losses and run for the exit.

The premise is a great one — two thirtysomething childhood beauty pageant losers take a road trip back to their hometown in an attempt to reclaim the crown that they think they should’ve won all those years ago. I love a good road movie, but the key word in that sentence is “good.” This one is so very wrong in so many ways.

The two lead characters are unpleasant and I wasn’t rooting for them at all. I didn’t care what happened to them and I kept waiting for the laughs in this “comedy” to come. They never came. Rent it if you dare, but you’ve been warned. 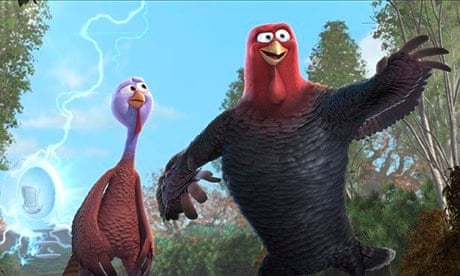 By far one of the worst animated movies I have ever seen! I’m a huge fan of the genre but “Free Birds” is wrong on so many levels.

First, the animation itself is atrocious! Even if you view animated movies as disposable entertainment for kids (which you shouldn’t do), trust me when I say that all children deserve better than this mess. Second, the storyline is horrible! Let’s make a movie about time traveling turkeys who go back in time to stop us from eating turkey on Thanksgiving…when the holiday is just 2 weeks away! Huh? Nice way to cause long-term psychological damage to the under 10 set. Third, the voice “talent” is awful. It felt like the actors (Owen Wilson, Woody Harrelson, Amy Poehler) were phoning it in, and I swear some of them were embarrassed to be reading their lines (you could tell in their voice).

This is a bad, bad, bad, bad movie. Don’t buy it, don’t rent it, don’t support it in any way or Hollywood will keep churning out absolute rubbish like this. Kids, and adults, deserve better.

One online movie critic referred to this film as “Fatties Fart III.” I wholeheartedly agree. While this may be too obscure of a movie dork reference for some, it perfectly sums up my feelings about this movie. Devoid of style and substance, “R.I.P.D.” had me scratching my head, asking ‘why the hell did some studio executive greenlight this?’ The special effects are abysmal, the story is a jumbled mess, and the performances are so bad that they bypass the cool / campy territory and take a nosedive straight for Joey Tribbiani’s “smell the fart” school of acting. 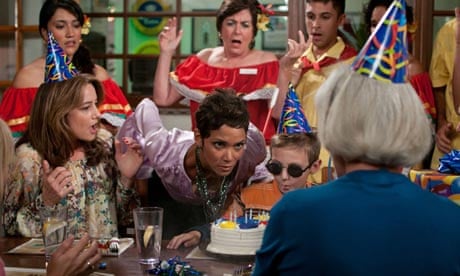 (Don’t confuse this with the very good Jackie Robinson film, “42”). I adore gross-out humor but there’s a difference in clever, inspired bathroom humor and humor that’s just plain gross. “Movie 43” is filled with jokes that fall flat and mean-spirited, gross situations that are far from funny.

It’s a sketch comedy movie, which means it’s comprised of several 10 minute or less short films that are combined to make a feature length movie. Usually I like formats like this because if you don’t like one short, at least it’ll be over quickly and a new one will start. The problem is, NONE of the shorts in this movie are funny. They are all SO BAD.

Don’t let the fact that this ensemble movie is packed with A-list actors fool you: Halle Berry, Terrence Howard, Kate Winslet, Hugh Jackman, Emma Stone, Richard Gere and more are slumming it while tarnishing their reputations. If you think eating a load of fast food tacos and laxatives and having your poop explode all over the street when you get hit by a car, knock yourself out. This movie is 100% gross and 0% funny.

I don’t believe in having a tie on my list, but these were basically the same movie. They are so indiscernable in their utter crappiness that I cannot distinguish which crapfest was part of “Scary Movie 5” and which crapfest was part of “A Haunted House.” I love silly comedies but these both were so bad that they’ve been permanently erased from my memory. I like to call these ‘reference movies.’ Just because something is familiar doesn’t make it funny.

You probably haven’t heard of this movie, and that’s a good thing. I didn’t expect much going into “Getaway,” but I can’t believe how much I hated this movie. It suffers from a big identity crisis and wants so badly to be a poor man’s “Drive,” but it fails miserably. The first problem is that the film is horribly miscast. I can buy Ethan Hawke as a race car driver but Selena Gomez as a hacker who is well-versed on muscle cars? The second big problem is the bad editing and stunt driving. There is nothing exciting about the chase sequences in this movie — when you get bored watching a gorgeous Shelby Mustang racing around the streets of the city you know the filmmakers are doing something wrong. The final problem is a plot that is light on storytelling and makes no sense. The dialogue is laughable and the “story” feels like it was written in 6 sentences on the back of a paper napkin at an all-night diner.

Another ‘Hangover’ sequel means another slot filled on my worst of the year list! It’s a shame that the super talented Bradley Cooper is associated with these unimaginative, mediocre movies because they really bring him down in my book! This mean spirited, tired movie is another sad retread of the first two films. The ‘Hangover’ franchise keeps deteriorating and each film gets worse and worse. I understand that comedy is very subjective but this isn’t funny, people — it’s pathetic. I couldn’t tell you if the traditional photos shown over the end credits were funny or not because I walked out in disgust as soon as the film ended. Please, Hollywood, make it stop! 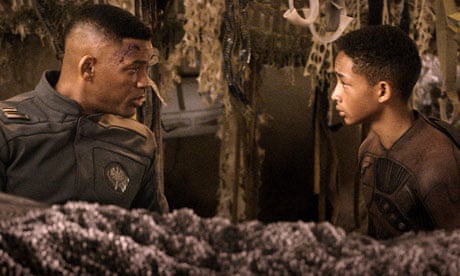 Will Smith, what has happened to you? Why are you making the poorest choices in film roles? Please go back to doing what you do best: entertaining us! I love you, but I can’t suffer through another droll film. “After Earth” made me want to take a nap. It was so boring that I almost fell asleep in the theater. How many chases through the jungle and fights with poorly animated CGI monsters can one girl take? Bonus points for keeping me awake and making me use my brain in an attempt to decipher the alleged Scientology messages that fill the film and the script. That wacky Xenu! 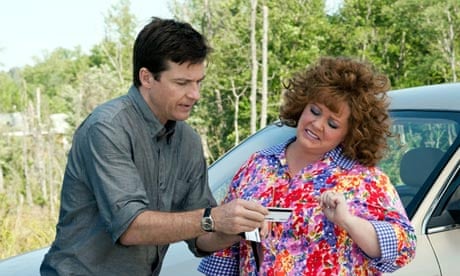 Judging by the huge gales of hillbilly laughter that filled my sold-out screening of “Identity Thief,” the drivel that passes as comedy has sunk to an all-time low. When people clapped at the end of the movie, I figured they were just happy it was finally over. When I realized it was because they thought this laugh-free movie was actually good, I wanted to go all Samuel L. Jackson on the idiots. I even verbally yelled out in response to the applause: “Did we just see the same movie?”

Note to indiscriminate American movie audiences: A fat lady falling down for no apparent reason is not my definition of comedy. Call me crazy, but I want a set-up with my jokes. Slapstick and physical comedy can be humorous, I get that, but give me some sort of inkling that the screenwriter actually cared to use their brain to formulate a well thought out, insightful joke.