Wes Anderson’s best work yet is also the best movie of the year. A poetic tale of youthful fantasy and love that speaks to those of us who remember what it was like to be young and an outsider. For us, Sam’s story is our story.

The best movies, like the best books, best songs, best paintings, etc., capture and convey feelings — both sensory and emotional. This is one of those movies, which captures the feeling of love in ways that are both idealized (in the case of Sam and Suzy) and realistic (in the case of Walt and Laura Bishop). What this movie depicts are those emotions, qualities, and character traits that make us proudest to be human: love, loyalty, bravery, friendship, selflessness, contrasted with some of those qualities and actions that make us not-so-proud: dispassion, lack of empathy, cowardice, infidelity, bullying. That love, friendship and loyalty carry the day is only fitting to the story, as we all hope that will be true of ourselves as individuals as well as a species. This is a movie that makes me proud to be a human, and represents what it means to be one.

If you know me, you will know that in my world, Quentin Tarantino can do no wrong. And “Django Unchained” is no exception. That said, it’s not Quentin’s best movie or (surprisingly) my favorite movie of the year.

I loved much about “Django Unchained.” I loved Quentin’s fearless approach, tackling a subject that most directors are scared to touch. I loved (predictably) his dialogue. I loved the story of revenge – NO ONE does a revenge picture like QT. I loved that he made an entertaining-as-hell film that also causes each one of us to examine ourselves and question WHY we are laughing, cheering, or gasping. And I LOVED LOVED LOVED the Candie Land shootout scene, which quickly skyrocketed to the top of my list of all-time best movie shootouts.

With his third movie in the director’s chair, Ben Affleck has hit his stride and has now become one of the greatest directors working today. Great acting, a tight script, and flawless editing complement the direction and make for one near-perfect movie. This movie doesn’t have one ounce of fat – it’s all lean, tightly-wound storytelling that moves at lightning pace as we tensely watch the events unfold. I’ve heard “Argo” criticized by a number of people because, they say, the film doesn’t stick to the “true events” upon which it’s based. Nonsense, I say. “Argo” isn’t meant to be a documentary or a dramatic reenactment; the chief goal of a movie is to entertain, and this movie achieves that goal. I don’t care that I know, when I’m watching it, that the real exfiltration wasn’t as tension-filled as it was in the movie. The reality is that, when I’m there watching the movie, I am so completely involved with the story that it doesn’t matter. And that, my friends, is the hallmark of a great movie.

The cinematic equivalent of a punch in the gut, this movie caused a firestorm when it debuted at Sundance 2012. The manager of a fast food restaurant receives a phone call from a person identifying himself as a police officer, and is told that one of her employees has been accused of stealing from a customer. At the “officer’s” instructions, the manager confines one of her employees to a back room and proceeds to follow a number of increasingly ridiculous and inappropriate instructions from the caller which culminate in an unspeakable act. As you’re shaking your head in extreme disbelief, the real shocker is revealed: the movie is based on a true story, and events just like this one happened at a number of places throughout the country. An examination of how we respond to perceived authority, this movie stays with you. It’s been a long time since a movie upset and affected me as much as this one did, and I love that about it.

We saw this offbeat and surprisingly sweet movie at Sundance 2012, and I’ve been singing its praises ever since. A mysterious classified ad prompts a reporting crew from a news magazine to learn more about the man who placed it. Is the man just eccentric, or genuinely crazy? Is he a conspiracy nut, or are shadowy men in black really chasing him? As the news crew learns more about the man and one another, their prejudgments wither and they become affectionate, even protective, of him. By the end of the movie, I cared very much about each of the characters and had a rooting interest for each of them. If you like your personal little romantic comedies with a splash of science fiction, this one’s for you. 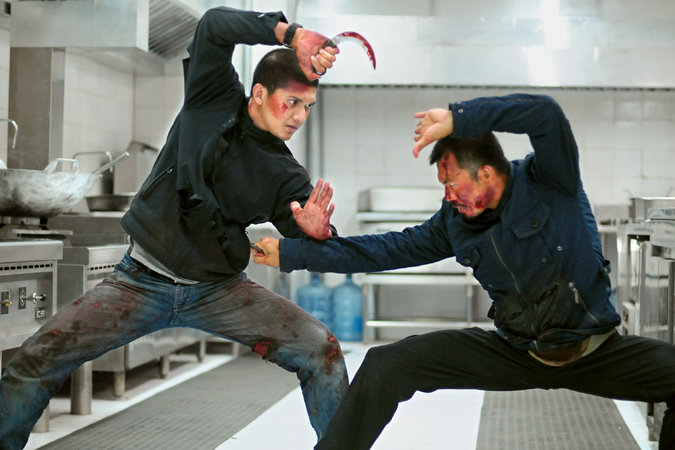 #6: The Raid: Redemption
>A small SWAT team of police enters a high rise apartment building controlled by a ruthless crime lord. There’s no way out, and all of the residents are out to kill them. The best action movie in over a decade, The Raid: Redemption marks the explosion of filmmaker Gareth Evans onto the scene. We will be seeing much more from Mr. Evans in the years to come. Oh, and don’t let the fact that this movie is in Indonesian, with subtitles, deter you from seeing it. This movie kicks ass from start to finish. If you’re a fan of action movies and don’t mind gore, you have no excuse for not seeing it.

One of the best police dramas in many years was also refreshingly one where the main characters aren’t bad cops on the take. The writing, showcasing the relationship between these brothers in blue, puts every other “buddy cop” movie to shame. These are brave, honorable, and good cops who put their lives on the line to keep order, and as the audience we care very much about what happens to them. Although this movie was a clear standout of the year, I couldn’t place it higher on the list because it used a first-person filming technique (like the one used in many “found footage” movies) that was distracting, gimmicky, and unnecessary.

This year’s winner of the “bats#!t crazy” award, “Headhunters” was manic, cringe-inducing, and completely inventive. An executive recruiter uses his job to case the homes of his clients, where he later returns to steal their expensive art pieces. But then he steals from the wrong guy… and is forced to run. This movie was extremely memorable, from start to finish. Another home-run movie coming from Norway, which has produced some of the most interesting films I’ve seen in the last 2 years. Not for the squeamish.

A science-fiction time-travel movie where the filmmakers actually tried to think through the implications of time travel and the paradoxes that can result. This movie was well-directed, the acting was first-rate, and the story asked some interesting moral questions. It also featured one of the most interesting (and disturbing) uses of time travel ever conceived. I won’t explain it any further; you’ll just have to rent the movie to see what I’m talking about. In a time where sequels, remakes, retreads, re-imaginings, and “nut shot”-laced idiotic humor seem to be Hollywood’s order of the day, “Looper” was refreshingly different. It’s too bad audiences didn’t seem to connect with it, perhaps because some people found it difficult to follow. 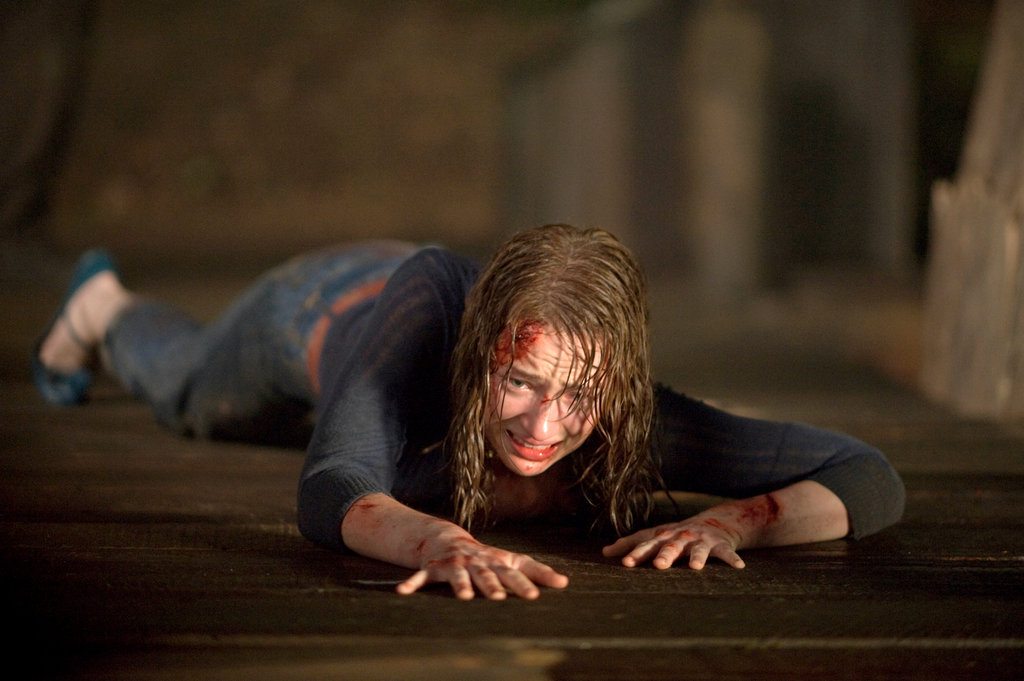 As a lifelong fan of horror movies, I was intrigued by the previews and the buzz among film geek culture. On watching the movie, I was pleased to discover that the previews didn’t spoil a thing. What I loved about this was that it offers an “explanation” for almost every horror movie ever made, being chock-full of references to classic movies like The Evil Dead, Friday the 13th, The Hills Have Eyes, and many, many others. A creative take on what is REALLY going on behind the scenes, “The Cabin In The Woods” will enhance your appreciation of other horror movies — even when they are not-so-great. If you like horror movies, this one is a must-see.