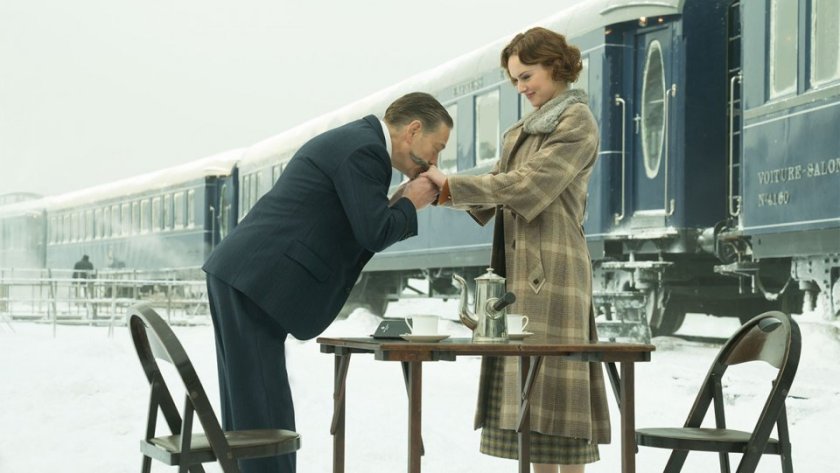 Stylish and incredibly well acted, Kenneth Branagh‘s retelling of “Murder on the Orient Express,” the famous 1934 novel written by world renowned author Agatha Christie, is a fine piece of solid storytelling. Branagh’s talky whodunit harkens back to the days of old fashioned Hollywood filmmaking when movie stars wore lavish costumes, the production design was rich with detail, and films had a visual richness because they were actually shot on 70mm film (as Branagh did here).

This well-made vanity project makes only slight changes to Christie’s original work, managing to make the familiar seem new. The well-known murder mystery takes place in the confined space of the Orient Express train, where thirteen strangers are stranded due to an avalanche. When one particularly sinister passenger (Johnny Depp) is murdered, mastermind detective Hercule Poirot (Branagh) must piece together clues and solve the puzzle before the murderer strikes again.

The role call is large, which means we only briefly get to meet and attempt to dissect the characters and their likely motivations. Branagh makes a point of boosting his own ego by making his Poirot the real star and relegates his top-shelf supporting cast to brief snippets of screen time. This results in a sometimes frustrating exercise because these are complex characters that you’ll want to get to know better, yet you’re constantly pushed away.

Although the audience is kept at a distance, the film is simply gorgeous and it’s hard not to appreciate its handsome cinematography and opulent direction. It’s very orderly and neat, rich in a refined elegance; a stylish and suspenseful thriller and integrity tale of the moral gray zone of seeking justice through revenge. The riddle will keep you engaged and the filmmaking style is grand. If you’re seeking old Hollywood glamour, you’ll find it here.