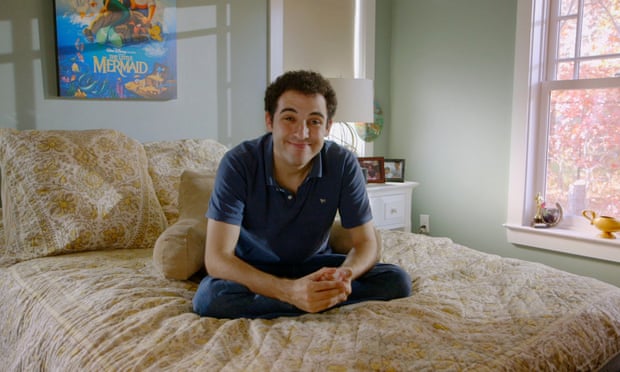 A fascinating subject doesn’t always make a great documentary, and poor filmmaking strains the film “Life, Animated.” The true story of autistic adult Owen Suskind and his family could’ve and should’ve been great, but it fails to live up to its full potential.

As a child, Owen seemed normal but when he turned 3, he suddenly was unable to speak. After years of silence, Owen and his parents (the very sympathetic Cornelia and Ron Suskind) discovered that he could communicate through lines he learned from watching Disney animated films.

Director Roger Ross Williams glosses over the more compelling elements that are presented (the parents dealing with the sudden onset of autism, Owen’s older brother Walter worrying about his role as future caregiver). I realize not every aspect of this family’s story can be covered in one film, but a good filmmaker would’ve recognized these intriguing details and structured their documentary accordingly. There are some truly fascinating anecdotes of Owen’s incredible ability to express emotion and process complex thoughts through scenes from classic Disney movies, and it’s a happy tale to see how highly functioning he is as an adult.

The coming-of-age film is exhaustingly repetitive yet there’s not enough focus in general. The story jumps between Owen’s backstory and his love of Disney movies with his classroom preparations for life as an adult on his own out in the real world. Interspersed between it all are various animated vignettes that don’t really work within the movie’s constructs. The animation is good but unnecessary; I would’ve rather seen the film entirely animated if this was going to be the approach.

“Life, Animated” is just too awkward of a movie to make any meaningful impact on viewers. The story should be uplifting and inspirational, but instead the film feels too uncomfortable in its own skin.

An autistic boy stops speaking at the age of 3. For years, he won’t talk to his parents, his brothers, or the outside world. All that seems to interest him are animated Disney movies. But then, one day, he starts to talk again — by using phrases from the films he loves so much. Gradually, by using movies like “Aladdin” and “The Little Mermaid,” his family is able to draw him out of his shell. “Life, Animated” is about this boy (now a young man), his family, and about the challenges of autism.

While “Life, Animated” has an interesting subject for a documentary, at a relatively short running time of 90 minutes the movie is still too long to recommend. The most compelling part of the story — the one I summarized above — is about 1/3 of the movie. Not that there aren’t other aspects of the story that are interesting (there are), it’s just not particularly entertaining.

I learned quite a bit and the movie made me want to know more about what it means to live with autism or with someone who is autistic. So it works as an educational piece. But as a film, it’s just so-so.